Following Saskia Sassen’s talk were the Heidenreich brothers, authors of the book “Mehr Geld” (or “More Money” in German). The pair presented their latest work “Non-money”, that looks at money from the standpoint of finance with the goal to criticize the issue of money since, the two argue, this is technologically obsolete today. They started by defining what we understand as money in the words of the Bank of England – “money in the modern economy is just a special form of IOU (“I owe you”) or – in the language of economic accounts – a financial asset”. Another definition by the Bank of England is that “money is a social institution that provides a solution to the problem of trust”. 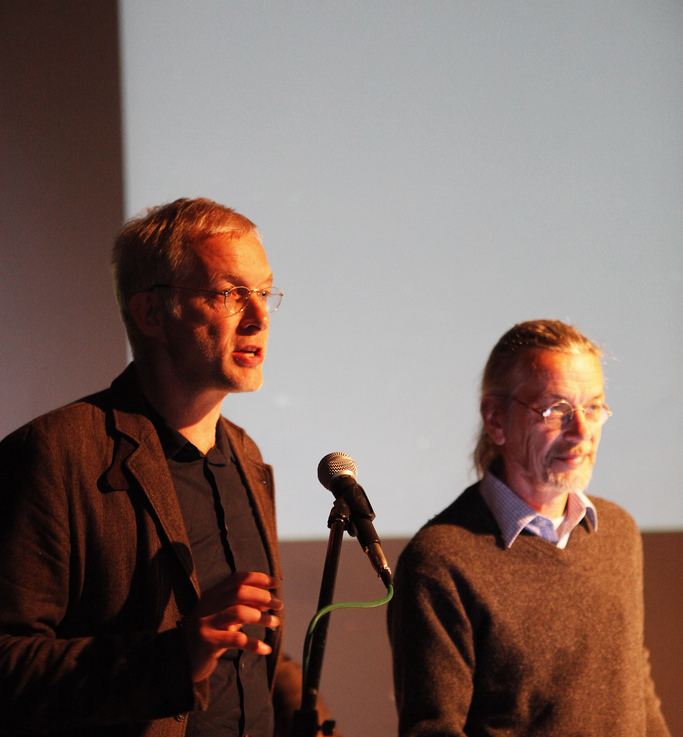 On the subject of alternative monetary forms such as Bitcoin, the Heidenreich brothers claimed that they should not be thought of as an alternative proposal to money as they tend to perform on exactly the same scale as traditional money and follow a “very old-fashioned approach”. For example, as a loanable funds approach, Bitcoin functions as a model of exchange similar to that of the Bank of England, all within a hierarchical system.

In an attempt to critique the system, the Heidenreich brothers analyzed money from two perspectives: first, as a system of power that fosters inequality and exploitation, according to Bichler/Nitzan; second, money as the driving force behind the scarcity of resources, and lack of their proper allocation and distribution, as described in a paper written by J. M. Keynes. Furthermore, the two speakers argue for a different monetary system based on an “algorithmic, data-rich matching algorithm” that functions on the basis of equal and mediated social distribution and which can assign value to items, based on social factors. At its core lies the idea that the value of things constantly changes and adapts to different economic entities; nevertheless, the necessary infrastructure in this scenario would still be supported by a state-type of entity.