Tiziana Terranova began her presentation by mentioning she does not work on money and she has no specific expertise on this, other than working as a new media researcher for a long time. Therefore, she started making her argument on the virtualization of money through technology, and questioning the monetization of labour and social media. As a main research question, Terranova brought up the issue of the economization of network cultures and how it might be the expression of something larger – like the monetization of participation – arguing that data is actually currency.

Terranova argues that Bitcoin is important for breaking the taboo on money and therefore it should be valued for that and for being an emerging transnational currency. Nevertheless, she also posed a question: how could people solve the problem of money design as to allow different communities to contribute? Terranova mentioned that 90% of the money in circulation is scriptural, electronic money, while only 10% is represented by actual bank notes and coins.

On linking money to neoclassical economics, Terranova mentioned the allocation of scarce resources by alternative means, which has to do with the choice of where to invest one’s money and what kind of return one gets. The understanding of money has changed – it no longer has a general equivalent but rather becomes individual investment. Money is now all about future returns rather than comparing commodities and exchanging them. 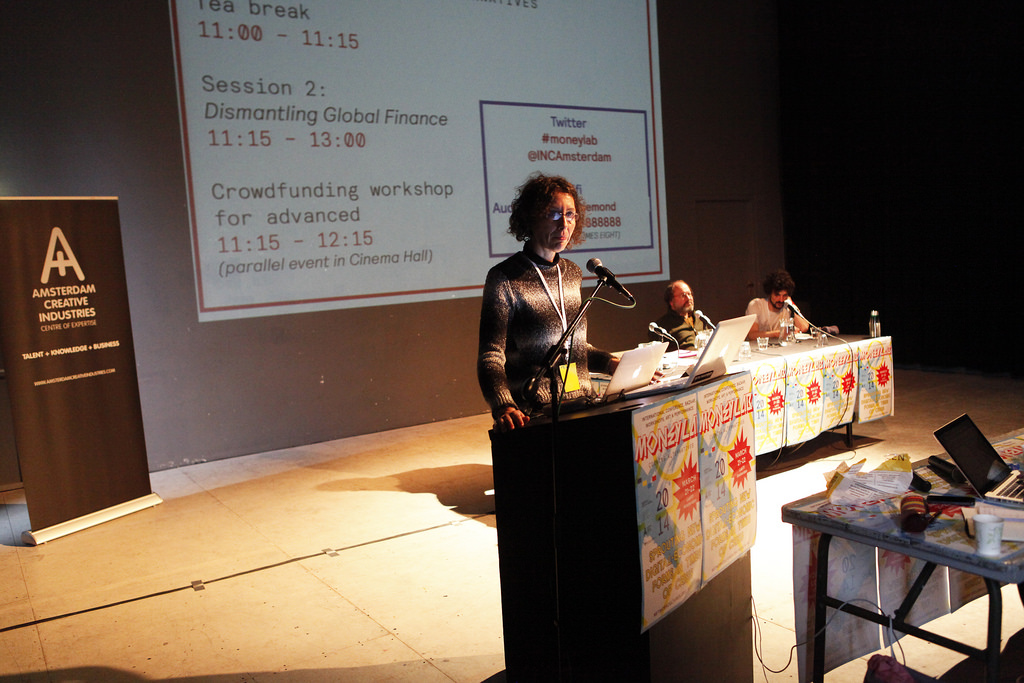 Terranova then talked about the critique of finance that emerged on neoclassical economics, comparing the concept to the Keynesian beauty contest theory (1936). Mentioning a few functions of money, she pointed out that money is capital, a means to command society, a means to structure and order a given society. Terranova added that there should be functions added to the new money and crypto currencies as well, such as the ability to invest in tax return, health, education, research, art and the environmental crisis. Terranova concluded that she currently does not hold an answer to the way in which this can be achieved.