“We are the Future, Jakob”
Last weekend I found a new religion. At Erasmus Business School of Finance. It was there on Saturday 26 September I stumbled into a mass gathering of entrepreneurs, businessmen and financial tech professionals buzzing over how Bitcoin will change the world. The largely white male audience all shared a sense of frustration at the current financial system and a firm belief that Bitcoin and blockchain technology will transform the world of finance. The majority of speakers compelled the audience with imagined new worlds with free markets, unregulated finance and flowing cyber capitalism. There were only a handful of speakers that spoke critically of Bitcoin and did not believe that a self-regulating automated economy was the single savior to the current financial system. The first of those was Jakob De Haan, head of research from De Nederlandse Bank. Jakob had the difficult task of convincing the audience of the benefits of financial regulation and the central banking system. He presented how the economic policy created by the national government and the central bank was the best way to stabilize the economy, but it wasn’t until the end of his talk when the hecklers amassed into pure anti-bank outcry. People yelled at him before even getting handed the microphone demanding to know why the central bank impeded the flow of money and why they weren’t doing anything to stimulating the economy. When asked about his thoughts on Bitcoin, to which he had none, the audience fumed at him, as if his methods of banking were old, defunct and obsolete. An elderly man in an orange fleece jumped up from his seat and shouted “We Are The Future, Jakob”.

“Central bankers are in a race to destruction”
Edin Mujagic

The cult at Reinvent Money was distinctly anti-banking. Most of the morning was spent discussing the downfalls of the banking system. A popular held view amongst the speakers is that qualitative easing only aids the housing market and allows rent prices to rise while it fails to simulate cash back into any other economy. Other issues that speakers raised were the use of transaction fees, mortgage rates and consistently low interest rates. The frustration towards the banks has moved widespread, out of the ‘occupy’ movement(s) and into the mainstream business sector where the shouts for the distribution of wealth from the richest 1% is being echoed by your average businessman. It was repeatedly stated that the banking system is broken and now businesses are eager to begin trading without restriction using Bitcoin or blockchain technology. The need for an alternative trading system has grown and blockchain technology is just about ready to facilitate the largest transformation of money since the invention of the credit card, all we need to do is believe in Bitcoin.

And Andrea Antopolous is just the man to help you do that. He is the chief security advisor for blockchain and delivers a very concise, well-versed lecture on the evolution of money. It seems it is his job to make crowds of entrepreneurs feel safe with the blockchain technology and believe in the Bitcoin market. He does this by presenting Bitcoin as the natural next step in the evolution of money. He compares the current doubts and fears surrounding Bitcoin to the speculation and suspicion towards paper money. He talks about how people during the Tsang Dynasty (618 – 907) in China that reluctantly began depositing their heavy gold for slips of paper that could be used for trading on the original Silk Road. This analogy makes any non-believer feel like a Luddite obstructing the natural evolution and flow of capital.

Another effective analogy made by Antopolous was the use of network architecture to describe the current financial system, where we – the clients- are slaves and the banks – the servers – are the masters. He describes Bitcoin as the first network centric protocol of money, he claims it is non hierarchical and p2p so therefore a democratic common good. Antopolous goes to extraordinary lengths to convert the audience into Bitcoin believers and was buzzing round during lunchtime attempting to perform transactions with Bitcoin virgins. You feel like your watching a spiritual leader when watching Antopolous, the clarity and concise way in which he presents Bitcoin technology as part of natural evolution makes you believe in a currency that has had some volatile spikes on the stock market of late. Antopolous greets any doubters with welcome arms, proclaiming that if we all join him on this financial awakening than the shaky share prices of Bitcoin will stabilize and we will all trade freely in the networked space of unregulated markets.

“This is not about Bitcoin winning, banks are losing on their own and they don’t need any help.”
Stacy Herbert 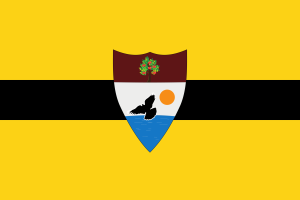 Vit Jedlicka has turned this financial fantasy into a reality in what was by far the most bizarre presentation of the afternoon by setting up his own country. The “Free Republic of Liberland” created in April 2015 is an independent country created on a disputed island between Croatia and Serbia. The 7sq Kilometers of island that sits in the Danube River has been disputed territory with neither the Croatians nor the Serbs having full ownership. Activist and economist Vit Jedlicka, who has ran small independent political parties in his homeland Czech Republic, saw the opportunity to create his own state. Since April this year settlers have been arriving to the small island proclaiming Liberland as an independent country and developing a micro-nation. He talks about the ambitions he has for his country, namely to get recognized by international law by having enough foreign diplomats to vouch for him, the whole project seems like a bizarre college humor joke gone awfully wrong.

After his presentation I began researching the Liberland project and found some disconcerting issues surrounding the project. For example so far, ¼ (100,000) of asylum applications for Liberland originate from Egypt, so much that Egyptian officials have issued a warning against immigrating to western countries on ‘false grounds’. Jedlicka seems to deny having any social responsibility or acknowledging the consequences of conducting this social experiment in the middle of a refugee crisis. The overwhelming demand for asylum has led to some disastrous incidents between people migrating to Liberland and the Croatian police. A case in hand would be the Dutch activist Niels Harman who migrated to Liberland to help provide humanitarian aid with the Red Cross and ended up getting arrested and detained for 30 days. (https://bitcoinembassy.nl/the-liberland-crisis-dutch-red-cross-volunteer-niels-harmsen-arrested-in-liberland/)

The immaturity of his project was made obvious at the end of his presentation when he bashfully invited everyone in the crowd to join his country – as long as we were not religious extremists, Russian communists and had enough money for the voluntary tax system…. His crusade to create an independent state with libertarian values free from state control makes him a true libertarian extremist. Still he won over many of the hearts and minds at Reinvent Money for his avoidance of the monetary system, his innovative use of crypto-currencies and his ‘Uber’ like emergency services that were coping with the crisis he has created. This real democracy, that he calls it, which you can edit on Github, allows anyone to make the rules that clearly create chaos.

The refreshing voice of the afternoon came from Henk Van Arkel who applies the blockchain technology to social enterprises and non-for profit organizations. The services he has developed such as Cyclos are used globally by people in Africa by farmers trading crops with mobile money payments, for example. Van Arkel stunned the audience at one point by telling everyone that you don’t need more money than productive capacity and that the blockchain can also be used to stabilize trading by actually limiting the accumulation of capital. This was the first sobering antidote to a crowd that was so eager about accumulating mass profits that unfortunately I don’t think it was really swallowed, but to reiterate his point the blockchain doesn’t have to be used to increase the flow of capital and make you and your company mega rich. Why would we get excited about a new tool if we are going to create the same problems in term of wealth distribution? Jaromil from Dyne also presented some really innovative use cases for the blockchain in society that is not focused on outsmarting stock market algorithms. Dyne is a government funded E.U initiative exploring how blockchain technology can engineer different social interactions, contracts and exchanges between citizens. Blockchain can be used to create a digital commons, and allow people greater control over what they do with their money. He echoed the need for more bottom-up initiatives that give citizens more control over their transactions. It was refreshing to listen to a panel of speakers that was not intent on breaking the chains off capital to make a more fluid market, but was interested in how the same systems can make social relations more stabilized.

By this point it felt like the audience was waiting for celebrity economic preacher Max Keiser to come and deliver the final words of salvation. And he did not disappoint. A 10-minute screaming rant that denounced all bankers as terrorists to the cackles of whoops and jeers. He voiced the frustration that I felt from the crowd all afternoon, ‘the only thing stopping me getting rich is the bank’. He voiced the belief that without the restrictions of the tired old bureaucratic banks we could trade freely, unregulated and untaxed to maximize growth and profit – for ourselves. Although I could never stand up and defend the banking system, I will argue for the need for state regulation on the free market. The attempt to escape income tax, transaction fees and state benefits in the wild wild west of unregulated, uncontrolled Bitcoin will recreate a new super rich elite (beyond the tech sector). There are two sides to every Bitcoin but it felt like the majority of the audience at Reinvent Money were interested in the potential profit that could be made in this unregulated market. Everyone applauded when a video clip of Roger Ver self proclaimed ‘Jesus of Bitcoin’ and Bitcoin evangelist presented his orange Lamborghini, of which there was one parked outside the conference center. Once I got home, I registered myself a Bitcoin address but with not enough money to buy anything I await charitable donations.