While studying economics, Jip discovered that 80% of young self-employed in the Netherlands simply couldn’t afford an illness and income disability insurance. Meanwhile, commercial insurance companies take up to a 40% of insurance premium, and generously pay their employees to look for reasons to reject the claims. 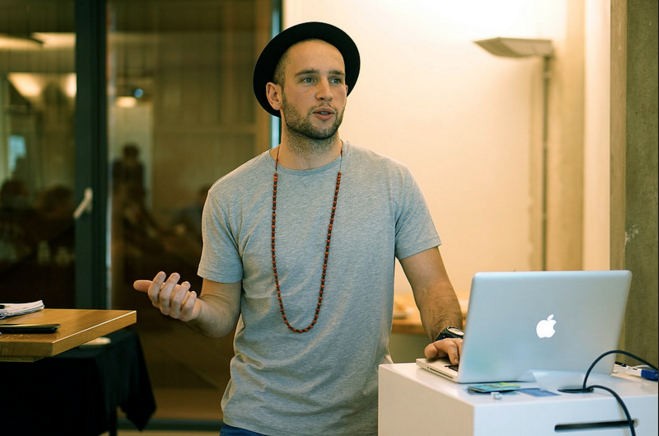 Overall, current insurance model is generating a constant conflict of interest. Doctors are forced to adapt to the model of profit. Market control is expensive, and according to Jip, it is built on multiple dark layers: adverse selection, upcoding, information asymmetry, and general lack of transparency.

Inspired by success of Dutch self-insurance group BroodFonds, Jip decided to establish his own group with his brother and a couple of friends to insure their smartphones. And that’s how it all began.

The logic of CommonEasy is extremely simple. It calculates your insurance based upon friends and family who know you and can account for your responsibility. Help is based on reciprocity: all members decide how much they agree to pay for others. Users have direct incentive to give more money, as they get more money in return, when they get in trouble. And there is no interest involved.

“Markets are not an effective model to organize solidarity”, says Jip. “Solidarity is a common good.” Quoting his personal hero Elinor Ostrom, author of 11 Design principles for the commons, Jip defines commons as a way to “allocate resources with community rules”.  These design principles are built around the concepts of network and collective decision-making.

During Q&A, the atmosphere in the room was almost explosive: the audience was eager to learn every detail about functionality and the moral implications of the model. What if someone in our group is extremely clumsy, and we don’t want to pay for him? Should we link our social media accounts to our risks? Can we trust avatars?

Luckily, Jip loves questions. He also has taken in consideration the main challenges that are awaiting CommonEasy. “We need to compete with similar projects backed up with venture capital”, says Jip, proposing a hybrid model as a solution. Also, there is a general lack of culture and interest for commons in societies.

What about the future? CommonEasy has economical potential to scale, and to insure risks that haven’t been covered before due to the lack of control, from water supply to cats. Credits can also be based on “community-backed collateral”, and there’s more to come. Economies built on high trust, such as Swedish, prove to be a reliable model. Jip created his model as an alternative solution for those of us, who are ready to trust each other. And he might just get it right.

After all, capitalism without the commons wouldn’t even have the ability to exist.