Terra0 is an ongoing art project whose goal is to set up an alternative economic unit on the Ethereum Blockchain, while exploring the relationship between art and capital by functioning as a decentralized autonomous organization (DAO).

The idea behind the project is to create a situation in which a forest creates capital by selling licenses for the logging of its trees through automated processes, smart contracts and blockchain technology. Originally developed by Paul Seidler and Paul Kolling for a course at the University of Berlin, Terra0 is still at an early stage of development. 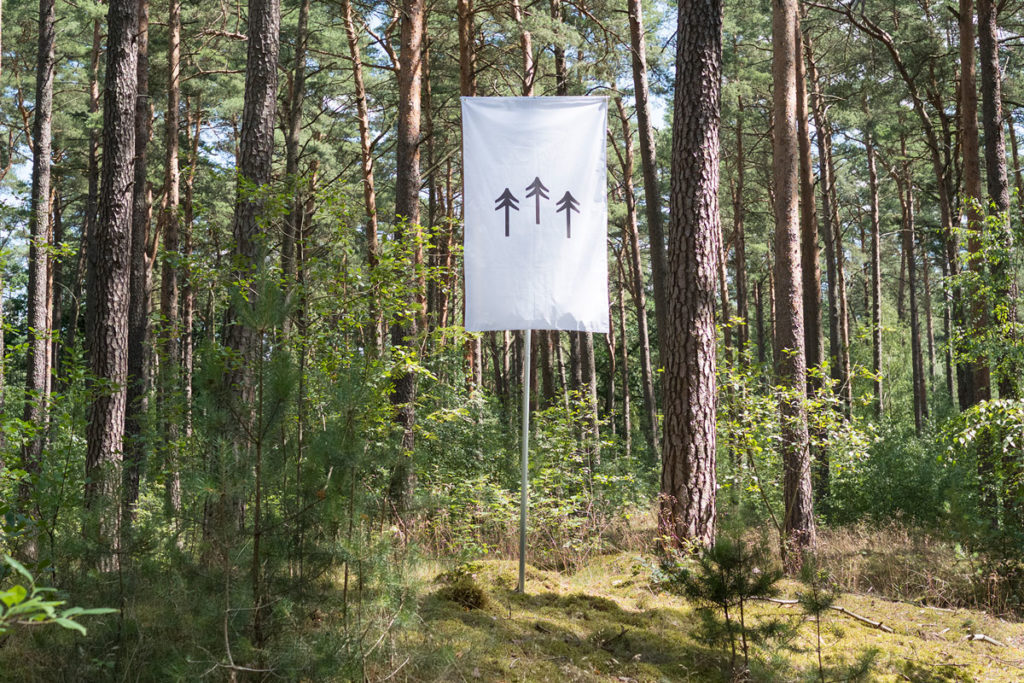 “At the moment, we are getting more people involved. We are also looking for funding, because even though we will do a crowdfunding campaign, we want to get backing from an institution just in case any kind of legal issues may come up,” explains Max Hampshire, one of the project members, who joined the team 6 months ago. “We need someone to give us advice on the process of giving property to an non-human entity ”

The core concept behind Terra0 is the creation of a piece of capital in which no humans are involved and to observe what is happening. It examines a scenario where by objects and natural systems appropriate and apply utilisation mechanisms to themsevles, with the help of technologies such as smart contracts.

“It’s like a transgression of the current human controlled capital system, because you have a piece of capital completely self-controlled but, it is still part of this system” continues Max Hampshire.

How it works concretely

After a “massive amount of coding”, as Hampshire called it, a smart contract on the Etherum Blockchain will control the inputs as well as the outputs of a piece of land. The plan is to buy a piece of forest in Germany where, every 6 months, the smart contract will interact with a satellite imagery system to get information about the forest. The program should then determine how much wood could be sold without diminishing the tree population too much. The plan is to create a function that makes it possible for the system to buy additional properties and thus to expand. Simply put, the forest performs an ongoing analysis of it’s resources and can sell and buy back it’s own wood, using smart contracts and dynamic data-sets.

Even though, Terra0 reflects on the dichotomy between culture and nature and wants to break it down, “we really want to stress that it is not a nature preservation project,” explains Max Hampshire. The forest serves as a very simple system for the smart contract to sustain itself. “It is an art project that gives us the proper space for the speculative aspect of what it is, it is a way to see what would happen with a DAO, if you could just make one, what it would do, in a conceptual level as well.”

Terra0 reflects on ownership, personhood and autonomy. According to the project’s initiators, blockchain technology and smart contracts enable non-human actors to administer capital and therefore to claim the right to property for the first time. “Property is discussed now as something which is not separable from a natural or legal entity. Terra0 begins in this legal grey area, originating in the technological change brought about with the invention of blockchain technology and smart contracts,” adds Hampshire.

The question Terra0 raises is whether the influence of the coder on the autonomous capital system really can disappear after a certain point. A technology always reflects the interests, preferences, and ideologies of those who created it. The project’s initiators explain that “the forest would extend itself with the accumulated capital, and, since the forest acts as (or rather is) an economic unit, it simply expands because that is what economic units aim to do.” But is that really the case? Or is it already a human assumption applied and projected on the decentralized autonomous system?