In the age of digital technologies and increasingly intangible goods, the relationship of arts and the internet has become a critical concern for any artist or musician trying to make a living within the creative industries. During the panel discussion Save The Last Dance, Henry Warwick, Koos Zwaan and Bindu De Knock discussed the status of remuneration, sharing and copyright in order to analyze how technology can better serve the artists in the music business. 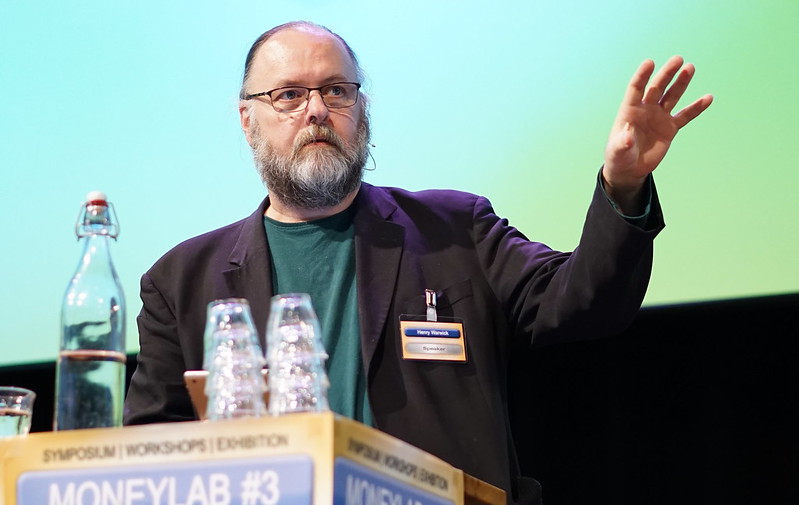 Henry Warwick – who is himself a musician, an ex employee of Napster and an associate professor at the RTA School of Media – laid out the fundamentals of the music industry revealing a field which revolves around economics and marketing rather than the art itself.  Warwick argues that the spectacle of success generated by the music industry of record deals, international tours and brand endorsements are in fact a mirage and form what he calls the “Uncanny Valley of the Music Industry”.

Being both a musician and an academic has granted him a particular level of insight into this world, as both an observer of its mechanisms and an active member of an industry going through a period of changes. He defined musicians as being people who “sell little things to survive” and who are the music industry rather than “being a part of it”. In this, Warwick sees an adaptable future for music as an art (in permanent transition and independent from the industry that finances and frames it) because he believes that music an innate to being human.

Warwick sees music notation as a “set of instructions” rather than as a reproduction of music. Here, the notes on the page, or even the digital recording of the piece, detach themselves from the music itself, which he believes can only be truly experienced live. The music industry serves as a vector for a product, independent of the artist or the art itself.

MoneyLab #3: Henry Warwick. Save the Last Dance? from network cultures on Vimeo. 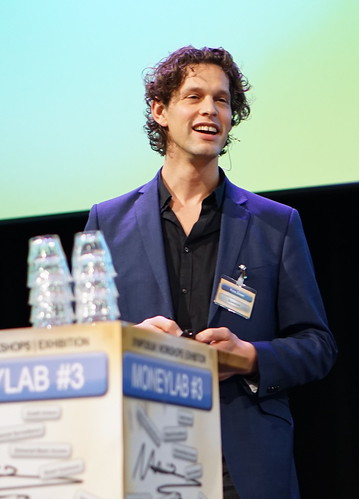 The question of remuneration and musical craft came back in Koos Zwaan’s presentation Making Music and Money Online.  He began with the clarification that “the music industry is not about music”- and highlighted the numerous lucrative sponsorships between big brands and musicians. Zwaan focused more on the social power of music and technology, a “driver of innovation”. In the discourse of music and popular culture, he placed a high value on the musician’s online presence, and how this presence can be monetized in order to benefit the musicians directly through brand endorsement and sponsorship deals. Zwaan emphasized on the online activity of musicians and the internet as a fruitful ground for artists to get paid fairly and directly through their work and their relationship with their audience, underlining the power of social media as an asset and a sharing tool for the arts.

MoneyLab #3: Koos Zwaan. Save the Last Dance? from network cultures on Vimeo.

Bindu De Knock also brought up the inequalities and lack of rights musicians have when it comes to the sharing of their intellectual property, ultimately the data they produce as components of the economic machine. In her presentation Can Blockchain Save The Music Industry, she exposed the lack of transparency within publishing and revenue models in digital platforms and discussed the potential for blockchain technology to ensure equitable, transparent licenses to create a fairer ecosystem for working musicians. De Knock presented the popular example of Imogen Heap’s Ujo music prototype ‘MyCelia’ as an innovative “data ecosystem” which would allow for enable musicians to regain control of their music and their publishing royalties in the information age. De Knock placed great importance in the artist as being a brand that can be cultivated versus monetized sponsorship deals that only allude to in speculative profit.

MoneyLab #3: Bindu de Knock. Save the Last Dance? from network cultures on Vimeo.

Pointing out that data loses all meaning without a strong strategy attached to it, she sees a future for the music industry where musicians can both take control of their work, and decide how to market themselves. For her, music and technology can, and should, work together to reinforce transparency, allow direct payment, and allow musicians to contextualize their product in a more personal way.

During the panel discussion the moderator Max Dovey questioned whether changes to licences, royalties and management would make the music industry more appealing to young artists or if the attraction to Warwick’s Uncanny Valley, where the artist has little to control over administering their finance but has a wild time on never ending tours and free sponsorship deals would remain the most attractive prospect. Here, the speakers clarified the fundamental nature of the music industry and the potential for music to be self sufficient without the industry. Regardless of the latest technological innovation (in this case blockchain), the music business has repeatedly regained dominance after a century of successive technological disruptions (phonograph, radio, walkman, internet).

Music benefits from the freedom of being an intangible medium, with the capacity to move through time without being ideologically bound to industry standards (fundamentally ruled by finance, commodification, and marketing). Bindu De Knock changed the tune from the supposed failure of the music industry to one of hopeful transition where blockchain technology would help bring about a positive change for creators who could escape the Uncanny Valley of brand sponsorship but instead participate in an industry – “where music matters”.

MoneyLab #3: Save the Last Dance. Q&A from network cultures on Vimeo.