On the surface, both OneCoin and Steemit are platforms that promise a lot and deliver very little. Deeper analysis of the differences between the two, however, begins to reveal novel aspects of the communities contributing to these platforms, and grants an insight into the power-dynamics of groups engaging with cryptocurrencies and the first fully-realized “social media disruptor”.

OneCoin, the project which – if you believe the hype – is finally taking cryptocurrency into the world of shiny, corporate business, has been getting a lot of attention of late. At the time of writing, it has been earmarked as a Ponzi scheme by financial watchdogs in Italy, Germany, Belgium, Britain, Nigeria and Bangladesh, all OneCoin withdrawals have been suspended, and xcoinx – OneCoin’s own currency exchange (and the only exchange that logs OneCoin as a cryptocurrency) – is under maintenance. Furthermore, several prominent OneCoin investors were arrested at a promotional event in Guandong, China last April, where over $30 million was seized, and authorities began investigating assets worth $90 million located in China alone. Most recently – and perhaps a sign that the evidence is mounting against those high up on the OneCoin pyramid – Laurent Louis, a significant promoter of OneCoin, is being charged with fraud, pyramid selling, and money laundering, by the Belgian authorities, after earning between €100,000 – €200,000 in referral fees from OneCoin’s sister company, OneLife. 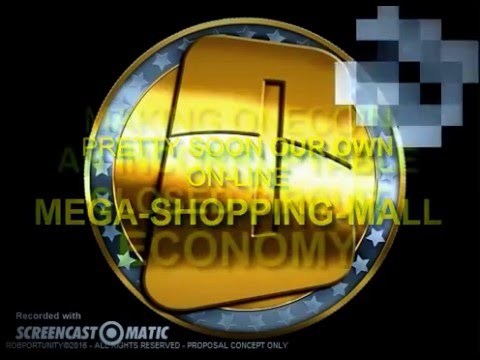 Sidestepping the ire of the numerous financial watchdogs investigating OneCoin, a brief analysis of the scheme itself leaves little doubt that OneCoin is a Ponzi scheme masquerading as a crypto-currency: it offers itself as a guiding hand to be held when dipping one’s foot into the supposedly-lucrative world of cryptocurrencies, without actually being one at all. A surface-level scan of the claims that OneCoin makes on its website immediately gives cause for concern. They claim that they wish to make the cryptocurrency phenomenon “transparent”, without actually giving any information regarding their blockchain in the public sphere – immediately making them possibly the least transparent cryptocurrency in this regard. Similarly, the “mining” mechanism by which one accrues OneCoin isn’t mining in the traditional sense at all – OneCoin is simply bought in exchange for fiat currency. Their claims regarding the structure of the scheme, their blockchain, and OneCoin itself (which range from spurious-at-best to simply false) are loaded with misleading language so as to appear both legitimate and technically sound to those outside of the cryptocurrency community which, like all specialized technology circles, has its own dense vocabulary and lexicon. Since deeper critical analyses have been undertaken elsewhere, I will only hammer one more nail into the coffin of OneCoin’s claims to legitimacy. There are no places to use OneCoin bar their own marketplace, where only the “educational packages” of their sister company OneLife can be purchased. Since money is locked into OneCoin with no way of taking it out again, the only way for investors to make a profit is to earn recruitment fees by getting others to invest: a classic Ponzi scheme structure.

What is perhaps the only interesting aspect of the entire OneCoin debacle is that this could be evidence of cryptocurrencies’ movement into mass consciousness. Whilst there has already been a lot of dubious activity in the world of cryptocurrencies – most recently the Bitfinex Exchange hack last year, as well as the undermining of the DAO and Ethereum’s subsequent (and numerous) hard-forks – this activity was to an extent “internal”; only entrenched members of the fairly exclusive world of cryptocurrency miners and enthusiasts, and “maverick” business(wo)men, were involved.

Similar schemes to OneCoin do exist – the JPMCoin, is a similarly dubious “cryptocurrency investment” with a similar Ponzi-structure (perhaps piggybacking on the legitimate news that JPMorgan has been experimenting with its own private blockchain). OneCoin, however, is the first large-scale “‘external” activity of this ilk.It is the first faux-cryptocurrency to involve anything like the sheer amount of money being investigated, the number of independent financial authorities involved, and – most significantly – the number of individuals involved who, prior to their involvement with OneCoin, had no involvement with cryptocurrencies (as evidenced by their being misled by the technical veneer of OneCoin’s website).

How does this relate to projects such as Steemit? Steemit is a blockchain-rooted social media platform with its own cryptocurrency, Steem. The addition of Steem to Steemit is to allow users to earn money via producing content for the platform, as well as via “curation” of existing content through up- and down-voting. On the surface, Steemit could be understood merely as more underhanded ”internal” activity in the world of cryptocurrencies. It has – much like OneCoin – a long list of dubious aspects. These aspects, however, slipped past many members of the cryptocurrency community, and required astute commentators such as Tone Vays to bring to light. Most notable of these (Vay’s full critique of Steemit and Steem can be found here) was the pre-mining of the currency by the developers and in-the-know early adopters of the currency prior to its public release, in order to immediately grant them huge control over the market and induce a false scarcity of Steem to inflate its worth. This aside, Steemit is structurally weighted so as to give those who hold more “Steem Power’” (one of three sub-divisions of the Steem cryptocurrency) more power. 90% of the Steem mined is distributed back to those with Steem Power (i.e. those who took part in the pre-mine scandal) and this means that they both earn from the activities of other users and have the power to essentially censor content. Much like Reddit, the social media platform has an up- and down-voting system. The votes of those with more Steem Power will push the content’s current status further up or down than the votes of individuals with very little Steem Power. As such, situations can arise where content is being created merely to appeal to those with more Steem Power (as pointed in Vays’ aforementioned analysis), whilst dissenting voices are down-voted by these individuals rendering them incapable to earn via engaging with the platform.

A deeper analysis of Steemit – an analysis including the community engaging with the platform – grants an opportunity to see how cryptocurrency communities might be evolving. Aside from the fact that there was a Steemit conference in Amsterdam that was interestingly not organized by anyone involved in the running of the company (Ned Scott – the CEO of Steemit – was billed to talk but this is all), it appears that many don’t see the negative side of Steemit at all. A lot of people are simply talking in comments sections about how the platform is merely a better version of Reddit, merely referencing the content of posts.

Several tentative observations about different sections of the Steemit community can be made here. These are in no way mutually exclusive nor exhaustive, and due to the unique nature of the Steemit platform, these cannot necessarily be extrapolated outwards and applied to communities surrounding other cryptocurrencies or blockchain-rooted platforms. Firstly, some of the Steemit community are excited to be part of something that is basically ”Reddit+”, the use of which allows for a small amount of money to be earned ($1.3 million was paid out to ”early adopters” of Steemit last year). They either don’t notice or care about Steemit’s inherent issues. Secondly, some users are similarly excited to be involved in the first fully realized “social media disruptor”, whilst ignoring the issues the platform has. These users, in essence, can ignore Steemit’s issues since they are ‘disrupting’ the standard profit models used by companies such as Facebook and Twitter in that active users are also profiting from engaging with the platform, not just advertisers and company staff. Thirdly – and contrary to my previous observations – some Steemit users are able to critique the platform from within, pointing to a self-serving streak that also appears amongst many communities in the crypto-sphere. Much of the “minnowsunite” sub-community actively engage in criticism of the structural weighting of the platform. It is a section of the community that is at peace with critique. After the Ethereum community’s discussion surrounding the aforementioned undermining of the DAO (which many don’t see it as a hack at all, but an exploitation of poor coding), musing on whether this ‘code is law’ mentality can hold sway over those who engage with Steemit is a particularly urgent question that as of yet cannot be answered. Similarly, whether the platform is robust enough to take on board the critiques such as those raised by Tone Vays can only be answered in due time. 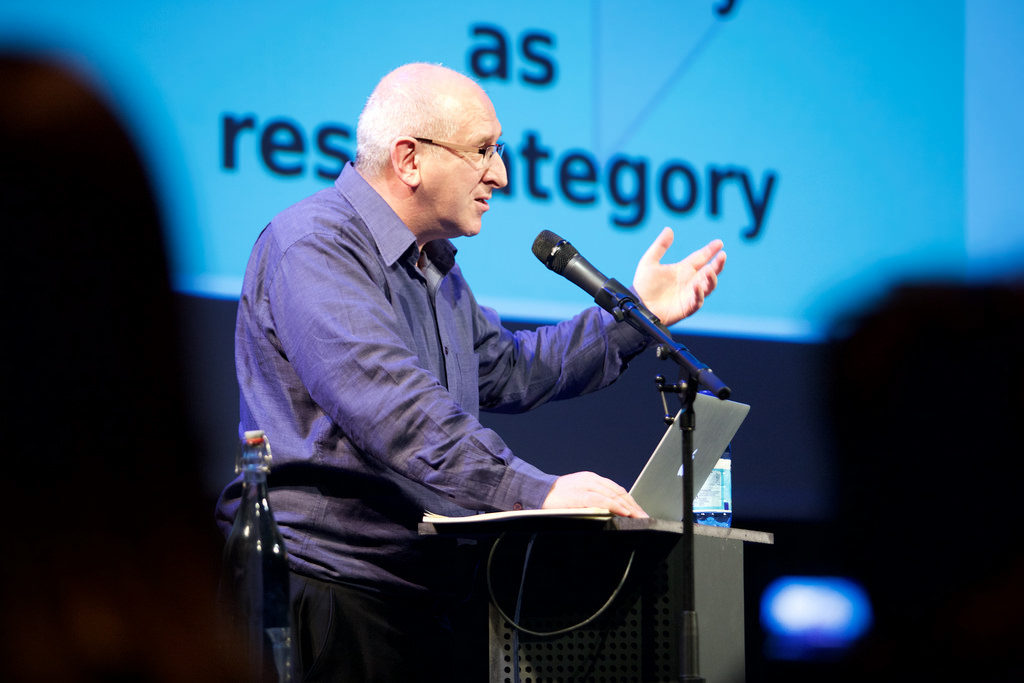 Perhaps the inherent imbalance of the project is simply a pill that people are willing to swallow in order to engage with, and learn from, Steemit. À la Michael Bauwens’ comments regarding the Bitcoin “oligarchy” (“[t]hank you Bitcoin for doing this, because now we can make something better”), perhaps those individuals who openly voice concerns regarding Steemit are attempting to subvert the platform whilst simultaneously engaging with it in order to learn from its mistakes. Alternatively, those concerned with Steemit’s inherent bias towards early adoptors may be trying to educate those who don’t know about the imbalance: those who are engaging with cryptocurrencies for the first time, and therefore don’t necessarily have the technical knowledge to see through the shiny veneer of Steem’s website and self-referential content. A final observation thus arises regarding Steemit. All of these different sections of the Steemit community are in some sense bound together – they can be collectively regarded as ‘the Steemit community’, despite the radical differences in perspectives regarding the platform that binds them.

We can thus draw a tentative conclusion here, after retaking a more distanced perspective and comparing the observations made about OneCoin and Steemit. The fact that OneCoin and Steemit can be contrasted at all perhaps points towards a convergence between the communities involved – communities which were strictly separate only a few years ago. Those that are legitimately unaware of the weighted power relations in Steemit – or are aware but don’t care – are a far cry from the techno-libertarians and ruthless venture capitalists of the early days of Bitcoin and altcoins. Although obviously these are only a creeping number amongst an otherwise tech-savvy and critical pool of individuals, their existence is still notable. Similarly, those who were scammed by OneCoin – individuals wanting to involve themselves in the cryptocurrency sphere – are positively progressive considering the fact that many people’s initial contact with Bitcoin (and cryptocurrencies in general) stemmed from the odious media storm surrounding Ross Ulbricht’s incarceration. Whether this slow convergence will continue, and how it relates to the increasing movement of business, as well as global financial institutions, into the world of cryptocurrencies remains to be seen. The fact that it is occurring at such a grass-roots level – at such a level as to include those not particularly au fait with the technology, terminology, or even basic structural concepts of cryptocurrencies and their associated platforms – is however of considerable note.