Social media and other tech giants are in a serious crises for the first time, Geert Lovink pointed out at the kick off of the first session of MoneyLab #6. Dominating revenue models that have been under scrutiny since the first edition of Moneylab in 2014 Coining Alternatives, are proving themselves unsustainable on the long run. Indeed, great news for those engaging with radical alternatives. Thinking about the design of radical alternative forms of wealth distribution that are enabled with and through digital technology is again the key driver of the conference. The first panel started with inspiring thoughts and projects that make the infrastructure of money visible by uncovering daily monetary practices and questioning the accountability of value.

Erhard Schüttpelz – For the Love of Money: A Braudelian Perspective

Erhard Schüttpelz, professor for media theory at the University of Siegen and ethnographer by trait, took us on a tour to ancient empires. The journey takes off roughly: our technology and infrastructures are the utopia of ancient civilizations and empires. But then he explains and emphasizes: ‘it is their utopia’. And indeed, as we follow him through different practices of capture from turning capture into data to data capture we are remembered how strong the idea of efficient organization and fetishism of surveillance is inscribed into the infrastructure of digital technologies. ‘What’s the new?’ he provocatively asks. That which used to be called paranoia in Stasi times, he suggests, such as administrative wishes fulfilled as listening devices in television has today become the new normal with the wide spread of smart TV and ubiquitous computing devices. Yet, it’s certainly not new, it is ‘horribly modernist’ instead. Digital media fulfills the wishes of modern media. With Braudel we then enter capitalism as the anti-market, in which data capture serves as a device for finance. Finance, of course, is in Braudel the inversion of the fetishized free market utopian—as the anti-market. 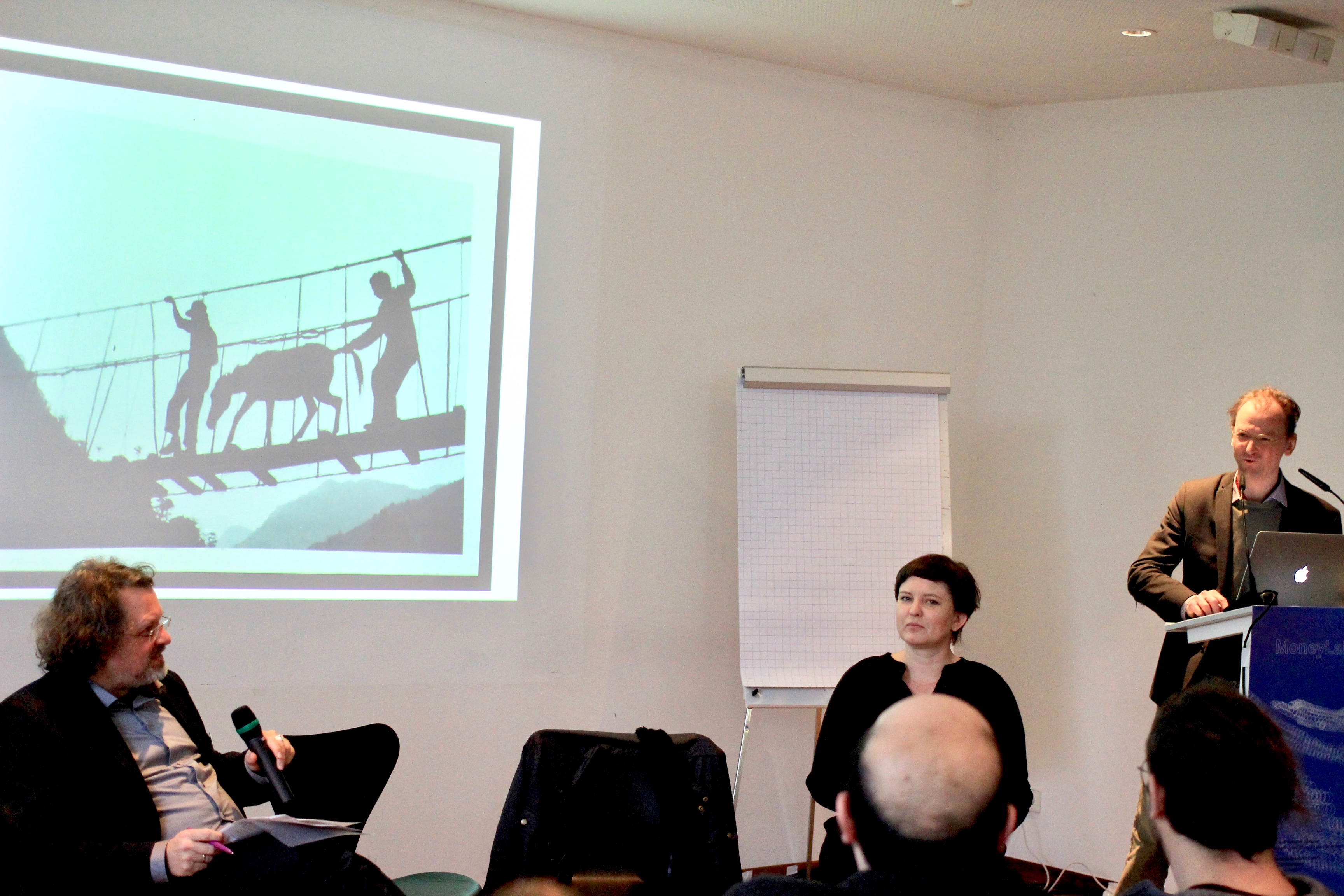 Following her research on fintech solutions of the World Food Programme, Anna Echterhölter, Professor of History of Science from the University of Vienna, dismantled the qualities and characteristics of a blockchain-based coupon solution. In 2016 the WFP introduced IrisScan payment system in Jordan’s Zaatari refugee camp. The technological infrastructure behind the coupon system couples the biometric identification (IrisScan) with smart cards and a global data cloud based in Geneva. Echterhölter notes three major shifts in the characteristics of coupons, with regards to their three functions as a medal, money or token.

Because tokens cannot circulate people are in fact excluded from the market and operate in a bubble within the state. And the redistribution that is enabled by the tokens has dissimilar characteristics to wage. Echterhölter concludes, IrisScan enabled CCTs operate along unalike registers than does national currency. They constitute a sort of governmental money and with these new characteristics they create along new types of governance. 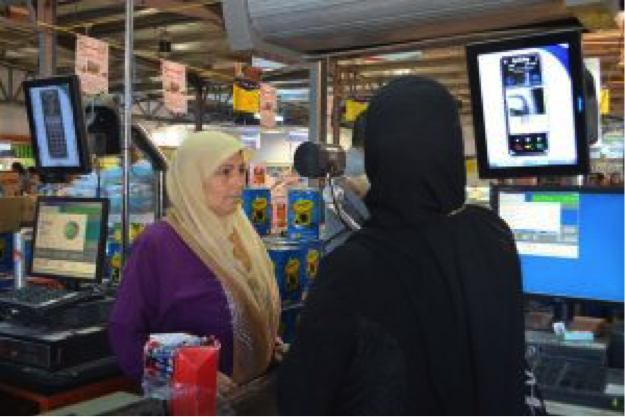 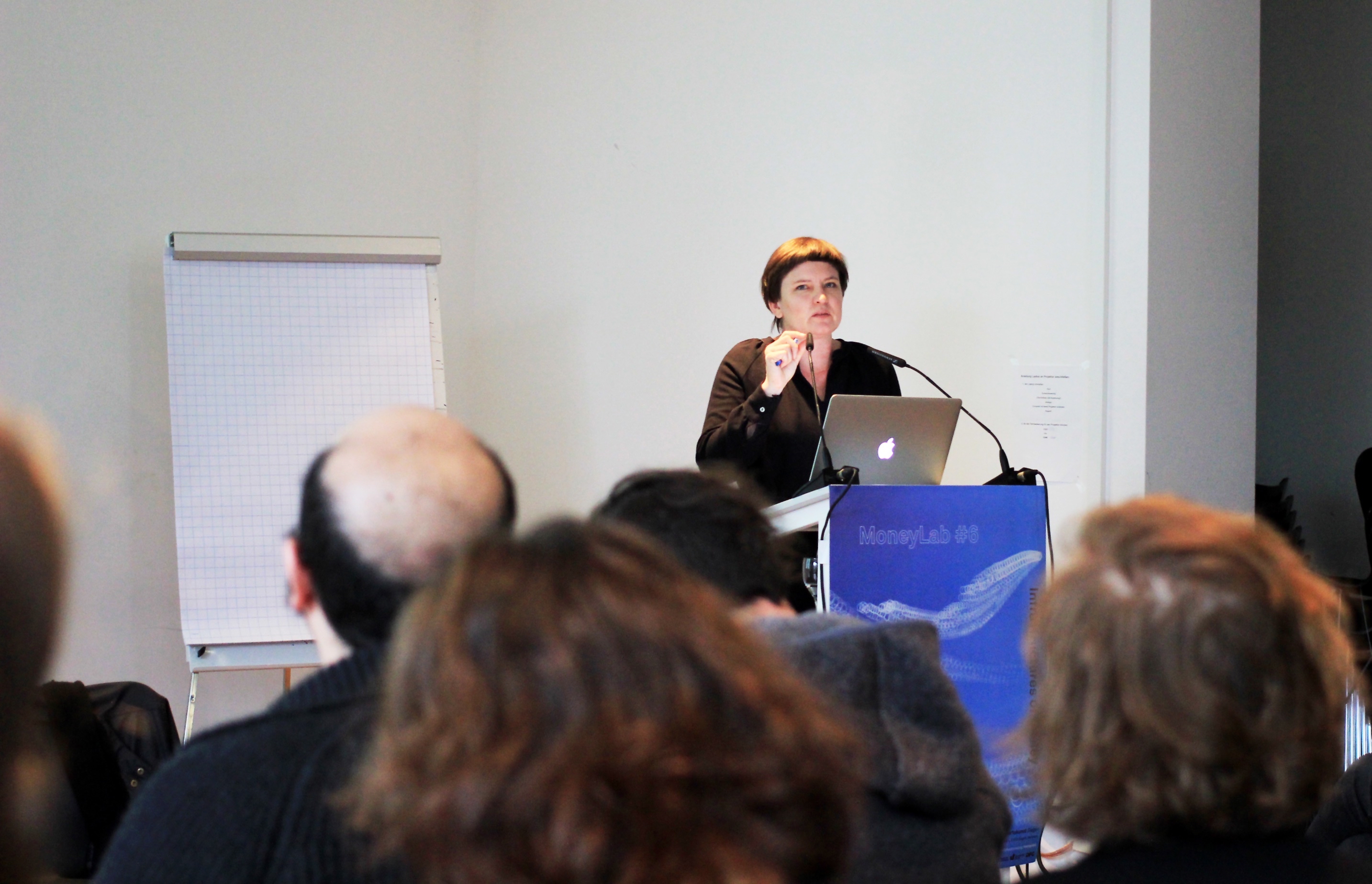 With the project ‘Society after Money – A Simulation’ Jens Schröter, chair for media studies at the University of Bonn, invites us not only to think of, but to actually simulate the thought experiment of a society after money. The project asks whether under the conditions of recent digital infrastructures problems which prevent communing from being a true alternative, e.g. scaling, can be solved. To do so the project displaces modes of exchange and valuation as presupposed, even natural forms of economy. The basic idea is based on Stefan Heidenreich’s work on a non-monetary economy as a network problem. Distributed planning is central to Heidenreich’s concept. It should not be confused with central planning though. Everybody plans, coordination is done by exchange and the network roots the goods. So, how to transform the monetary mechanism into technological infrastructure, then? From the first phase of the project ‘Society after Money – Beginning of a Dialogue’ the researchers suggest a model of post-scarcity via local abundance, for instance through 3D printing. In abandoning scarcity, modes of exchange can be displaced for modes of matching of general equivalents. The second phase after communing (following Elinor Ostrom, Nobel prize for economics 2009) the project engages with the re-evaluation and the scaling of the mode of matching. Central, Schröter sums up, has become the conceptualization of communing as communication, hence, the project now engages with the ways in communication infrastructure can be set up. 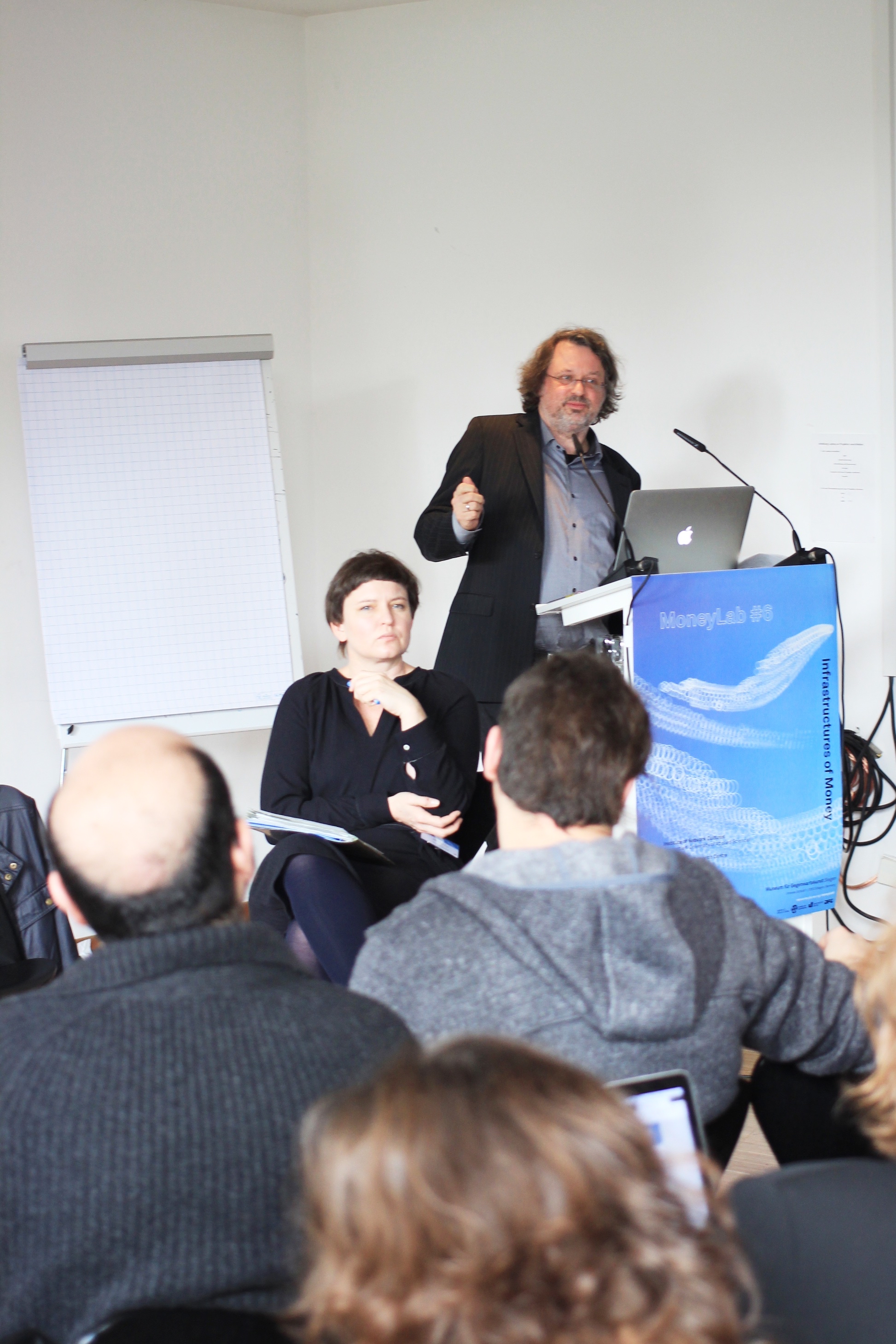 The contributions of this panel – from the realization of an ancient administrative utopia to the simulation of technologcially enabled post-scarcity matching economy thought experiment have paved the way to finish in a radically alternative post-blockchain crypto-enabled infrastructure for the new economy. The Economic Space Agency (ESCA) describes itself as ‘a group of radical economists, finance theorists, computer scientists, software architects, game designers, peer production experts, and decentralized application engineers … working on creating the new stack of economic and informational freedom.’ What might sound cryptic can be quickly resolved: the ESCA is the successor of the Robin Hood Asset Management, the ‘parasite’ that analyses and identifies the relation pattern of the information from NYSE, NASDAQ, AMEX and other US stock exchanges. Or simply put, an alternative investment model that challenges the big banks—seriously—with the aim of providing access to the operating infrastructure of finance. The project has been displayed regularly at exhibitions. With ESCA, Akseli is taking the next step from open sourcing finance (by reproducing the protocologically conditioned ways of acting along desired vectors) to the building of protocols and distributed platforms that will set the condition for creating global value-aligned economic spaces (and hence, not reproduce capitalism’s order and value scheme). Economic spaces emerge when distributed economic-organizational systems are cryptographically distributed. The idea of the economic space is bound to social responsibility of the gift concept. With Hayek, Akseli Virtanen asks: But why is price the only index of evaluation? In accepting a gift, the time parameter in the indexicality becomes more prominent. Social obligation opens up a time frame where action can happen. An interval that can be hijacked and influenced. A radically different economy and modes of collective individuation can be designed if such time frames are perceived aesthetically. The technical side of things, whereby ESCA is establishing a cyber-social infrastructure based on critical thinking in political economy, finance and decentralized organization, is based on a ‘post-blockchain’ network of cryptographic object capable virtual machines (VM) that make possible different customizable network topologies (Gravity – as in gravitating of associated VMs and services towards the data). The ESCA Stack engages with how derivatives can be used to cryptographically re-value social value in the stack. 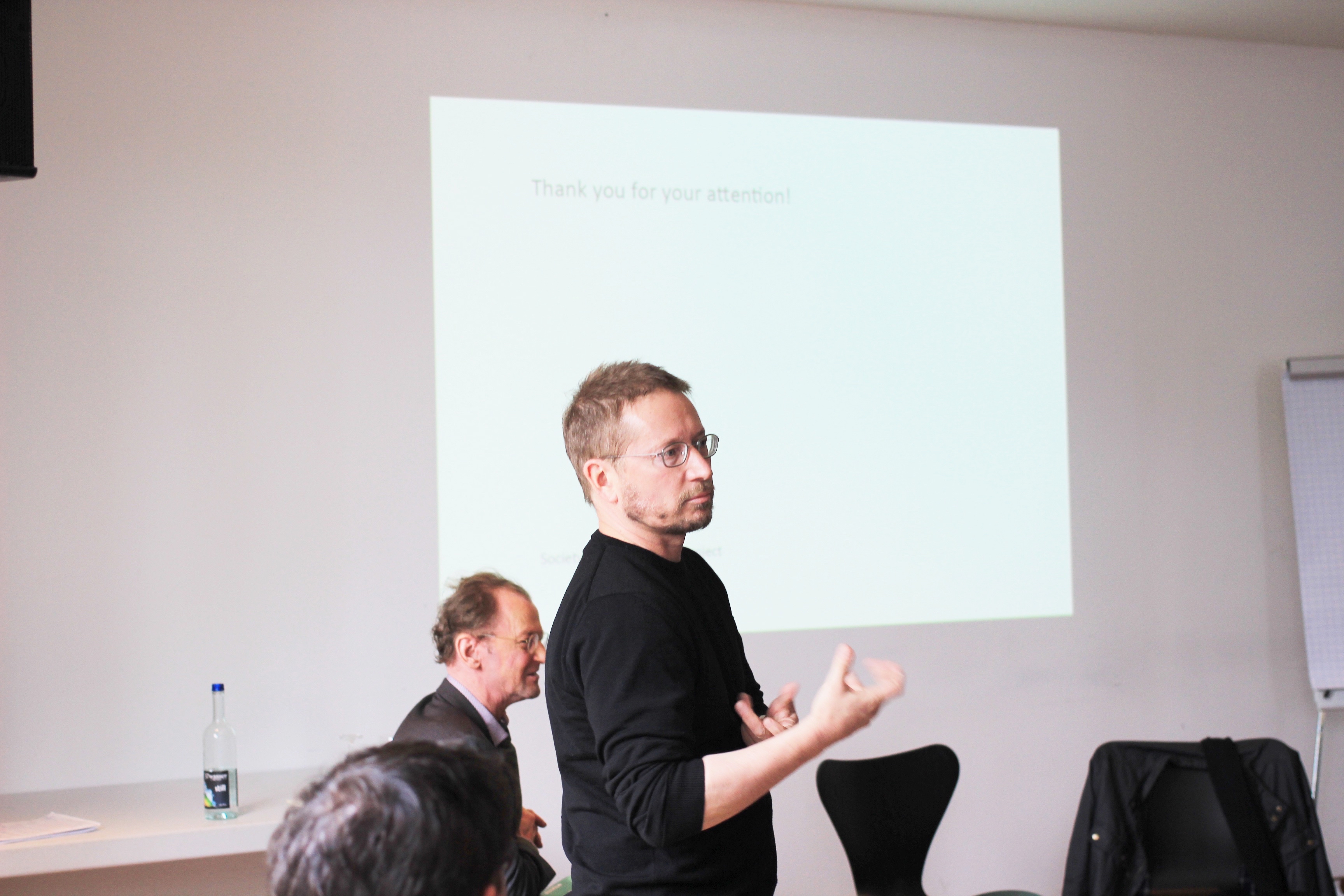 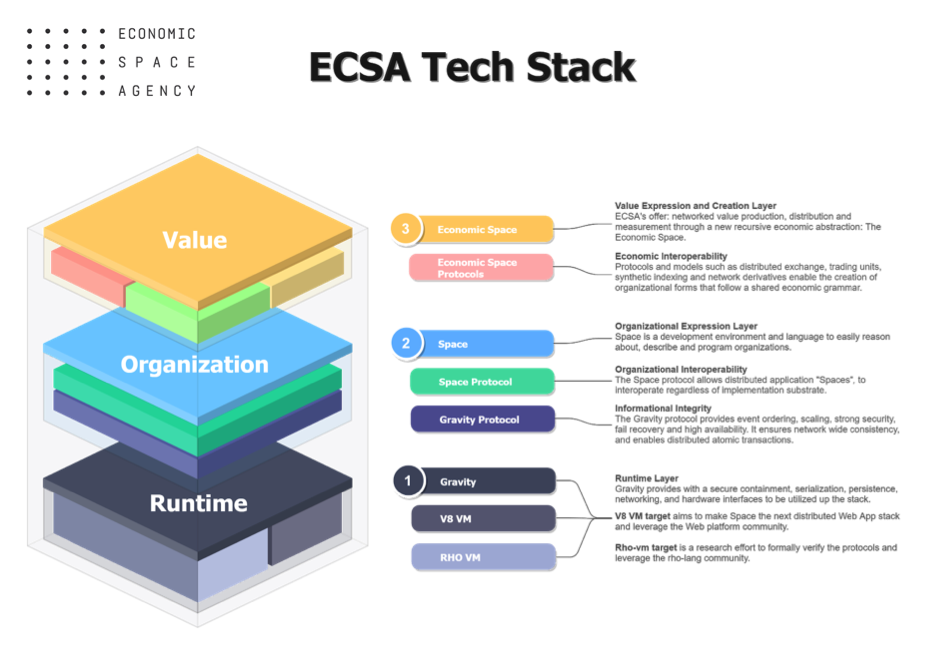