*Commercial in “Steal this show” podcast is asking: Is your internet usage safe?*

Now on with the show called:

“You’ll see this message when it is too late”

This title also belongs to a book written by Josephine Wolff, who will be the guest speaker on the first day of MoneyLab (Nov 14).

The trajectory which lead her to write the book derives from a train of thought travelling away from thinking about technical measures taken in order to secure data, and taking a direction where rules and regulations live. What kind of environmental + societal decisions (which contribute to data/networks security) do we make? Are they good decisions? Are we using the right tools to support our decisions? And so on…

The book covers large-scale examples of cybersecurity incidents, as well as the impact that they have on larger policy landscape. Think about media and the amount of information there is to feed on. Usually, of all the information, a lot of attention is put on big companies’ reported mistakes. But what is the longer term aftermath of such, attention-giving activities? Changes/lessons learned? [yes/no]

What are the consequences for the people who are directly involved with these incidents? Are they losing money/privacy? What is legal system equipped to deal with? Which of those are affecting the privacy which we don’t have? What are the tools for addressing these issues? Zooming out: are people held responsible for incidents going to learn the lesson just by watching other organisations go through their own incident(s)?

Josephine thinks that no, no clear lesson is delivered to incident-observant companies. Only fear, and a lot of money spent on security firms.

For example, 1 case study: Gameover Zeus malware crafted in 2014 by Evgeniy Bogachev of Russia. It is one of the most powerful botnets made in collaboration with his co-conspirators. It was an immensely difficult case to track down, but of course, after many attempts and a lot of brains working together, there was a happy ending of a takedown. However, not much longer after the rise of media attention, Gameover Zeus rose too. 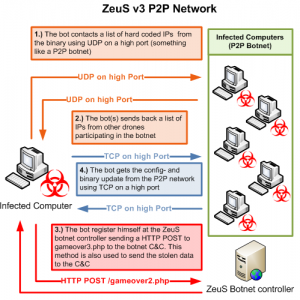 For more information, here is a hearing recommendation: