This session aims to open your mind. Andy Morales Coto tickles your imaginative bones by offering visual prompts to help us redesign the world’s economic future. Ruth Catlow explores the spaces of convergence between the Commons and P2P movements along with the world of cooperatives and the Social and Solidarity Economy. Denise Thwaites offers a feminist analysis of DAO cultures and the emergent affective economies they instate. And Ailie Rutherford shows how feminist economics can be put into practice on a daily basis by presenting her real and existing The People’s Bank of Govanhill. 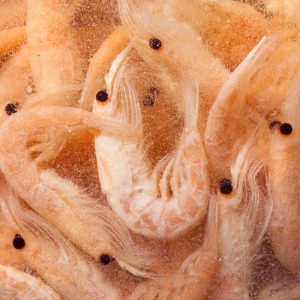 During the Institute of Network Cultures’ seventh Moneylab -which happened to be my first- a room filled with students, researchers, and professionals enjoyed numerous talks and workshops, intended to critically reflect on and change the future of money and technology. Friday morning, we started this mission with four experts, each from different professional backgrounds, to critically discuss the development of cryptocurrencies. New Media scholar Treddinick once called cryptocurrencies the embodiment of ‘political idealism of cyberculture, robustly individualist, resistant to political, state and regulatory interference’ in Cryptocurrencies and the blockchain. Yet this session questioned if and how crypto can actually help to bring feminist values of economic solidarity and equity? Andy Morales Coto, Ruth Catlow, Denise Thwaites and Ailie Rutherford discussed the possibilities for transitioning hierarchical and unequal money systems to a more equitable model. During this captivating morning a few things stood out for me; the problems of decentralization in a patriarchal, or a kyriarchal society and the possibilities of crypto happening today.

Decentralization in a kyriarchal society

The first thing that was striking were the various possibilities and limitations for decentralization and equity in a kyriarchal system, a term I had never heard before. Australian researcher, curator and educator Denise Thwaites, who has been studying the GenesisDAO referred to it as a more intersectional approach to patriarchy including other systems of privilege and oppression such as race, sexuality and class. In her analysis she included feminist scholars such as Sara Ahmed and Hélène Cixous. In her case study of GenesisDAO, a Decentralized Autonomous Organization, Thwaites not only warned for the risk of reiterating kyriarchal power dynamics through coding, which has more and more been an issue for concern within critical technology and new media debates. She compellingly illustrated how decentralized organizations reinforce this in the discussions and decision-making processes as well, resulting in the case of GenesisDAO in male dominated Public Reputation groups. These Public Reputation groups, largely consisting of men, would give their vote more weight than others [sic. women] when making the decisions regarding the DAO. They often actively asked for these positions of power, whereas many women did not. Feminist critique can help uncover these processes and break the current hegemony in developments in DAO’s and crypto, according to Thwaites. 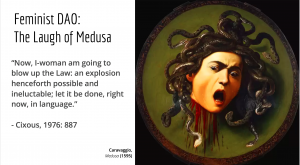 Also, analysis of specific terminology used within the cryptoworld can help uncover underlying power dynamics. According to Andy Morales, a playful (game) designer who has been working in ‘decentralized technology, imagining and building equitable futures for our planet’, there is a lot of biological determinist language in the crypto world.  She quite cleverly deconstructed this use of biological determinism – which is often inherent to discussions regarding gender and power – applied to wealth division and power in the world of cryptocurrencies. She attempted to break down this rhetoric by consulting a biologist, UC Berkely’s Avi Flamholz. Andy noticed her colleagues in crypto often categorized themselves and each other as whales or shrimps. The whales would consist of Big Money Bitcoin players that could ‘bring down a whole market if they pleased and could change the price of Bitcoin with the blink of an eye’. This term opposes the shrimps, creators within cryptocurrencies who barely have any money, and are forced to design their products to please the whales. Whales would simply be ‘too big to ignore’.

According to Andy, this whale-shrimp analogy has two major implications; it supports the claims that whales are more worthy of attention than shrimps based on size and that wealth hoarding is a natural aspect of life and therefore cannot be changed. However, consulting the biology expert Avi revealed that because plants contain the largest biomass, they should actually be the ones in power in crypto, not whales. And if individual animal size is not taken into account, the largest animal group is the Arthropods, which are ironically a kind of shrimp. This focus on individual size does not actually mean that much in nature, outside of our hyper-individualist society. Bitcoin whales thus do not ‘naturally’ earn their power and wealth in the creation of cryptocurrencies. 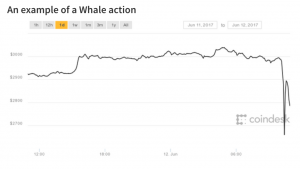 Second, the claim that wealth hoarding is natural behavior for many species is only true up to a certain necessary quantity, according to Avi. Biochemical laws prohibit wealth hoarding beyond a certain point. If we were to really follow the biological rhetoric, human beings too, would have such a limit. However, biological determinist language is often used rather opportunistically, right Jordan Peterson? Language analysis and case studies can help to make visible the intangible ways in which power is exercised. But this still leaves us with the question of how to properly envision alternate effective economies and transgress existing power structures.

The possibilities of crypto

Ailie Rutherford showed that to change the world there is no need to sit around and wait for it to happen. More importantly, these alternate affective economies already exist. Since 2017, her social art project in Glasgow redefining value within the community called  The People’s Bank of Govanhill, has been run collectively. Participants of the Govanhill Bank collectively determine the value of things exchanged, collectively share knowledge and communicate about (mutual) care. This naturally leads to discussing issues like the unfair dichotomy between paid and unpaid work, often disadvantaging women. Still, there are always elements of concern, such as the risks of the blockchain becoming an instrument of monitoring people and intruding in fields that were previously doing fine outside that type of economy. Throughout the lifespan of the Govanhill Bank a few other questions were raised: such as whether growth within community-centered monetary systems would be beneficial and who is to authorize adjustments. Yet, transparent decision-making experiments like these have the ability to empower people, and through sharing resources they can actually disrupt existing power structures.

Another example of the possibilities of crypto in this session was Ruth Catlow. This artist, curator and researcher introduced the DisCO manifesto,  a feminist response through a framework and a governance model to reflect on the problematic elements of DAO’s. Despite blockchain’s and DAO’s possibilities for provenance, proving authenticity and creating transparency, they do not solve the financial hierarchy of the art world, unfortunately. This highly financialized market still manages to atomize artists and separate them from their communities. The DisCO manifesto as described by Ruth demonstrated that we can escribe solidarity into technology, prioritizing human organization over the currently dominant financial incentive. An example of this is Furtherfield. Together with Marc Garrett, Ruth founded this non-profit organization in London aimed at creating networks between artists in global participatory projects opposing this high financialization of art. Furtherfield shows the possibilities of decentralized organization in art. Like the second claim of biological terminology in crypto “wealth hoarding is a natural thing”, Ruth disputed that for most people the goal in life is acquiring money. And for people that do have this goal; they should not be the ones ruling the world. 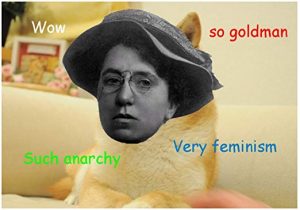 As Frank Kresin stated in his opening speech on Friday; we need to constantly remind ourselves that money is a ‘manmade’ construct, a design. People thus can -and should- alter this design to benefit more people than it does now. Monetary systems should increasingly include and represent the vast diversity of the human species. Today’s session reminded us we can do exactly this through deconstructing narratives, critical analyses of power in technology and the creation of community-centered monetary institutions.  As Ailie reminded us ‘feminist economies are not only for women, but are rather focused on all forms of labor that have culturally been decapitalized or devalued’. All in all, I found this session on crypto inspirational and enticing, leaving with a perhaps more hopeful feeling of responsibility for our technological and monetary environment.