This blog post covers a panel session organized by Aksioma during the online event series MoneyLab #8: Minting a Fair Society. On the 29th of June, moderator Aude Launay led Value Extraction and the Workforce of the Cryptocene, with Martín Nadal, César Escudero Andaluz, the Telekommunisten (Baruch Gottlieb and Dmytri Kleiner), Sašo Sedlaček, Nascent (Paul Seidler and Max Hampshire). Using their artworks and projects as a guide, the speakers talked about the cryptocene and how labour might be mediated through the blockchain.

“The workforce of the cryptocene? Us!

Value extraction? From us…!”

Aude Launay opens the event by this sharp framing: don’t be fooled by automation and smart contracts, it is us who create the value of blockchains, which is subsequently extracted from us. Are there ways out of this predicament? What can artistic reflections teach us about the implications of the cryptocene?

Blockchain is often perceived as an incredibly complex technology. Being still in development adds to this ungraspable character. With their work Martín Nadal and Cesar Escudero Andaluz allow people different ways into the topic, allowing them to frame it according to their own personal interests and knowledge.

In their article Economy, Knowledge and Surveillance in the Age of the Cryptoscene, Martin and Cesar propose the term cryptocene to refer to “a period of time featured by a significant use of cryptographic systems and its impact on the surface of the Earth with ecological, economical and political consequences.” The most impressive aspect of the publication is no doubt the massive diagram visualizing the cryptoscene, of which I have included a small section: 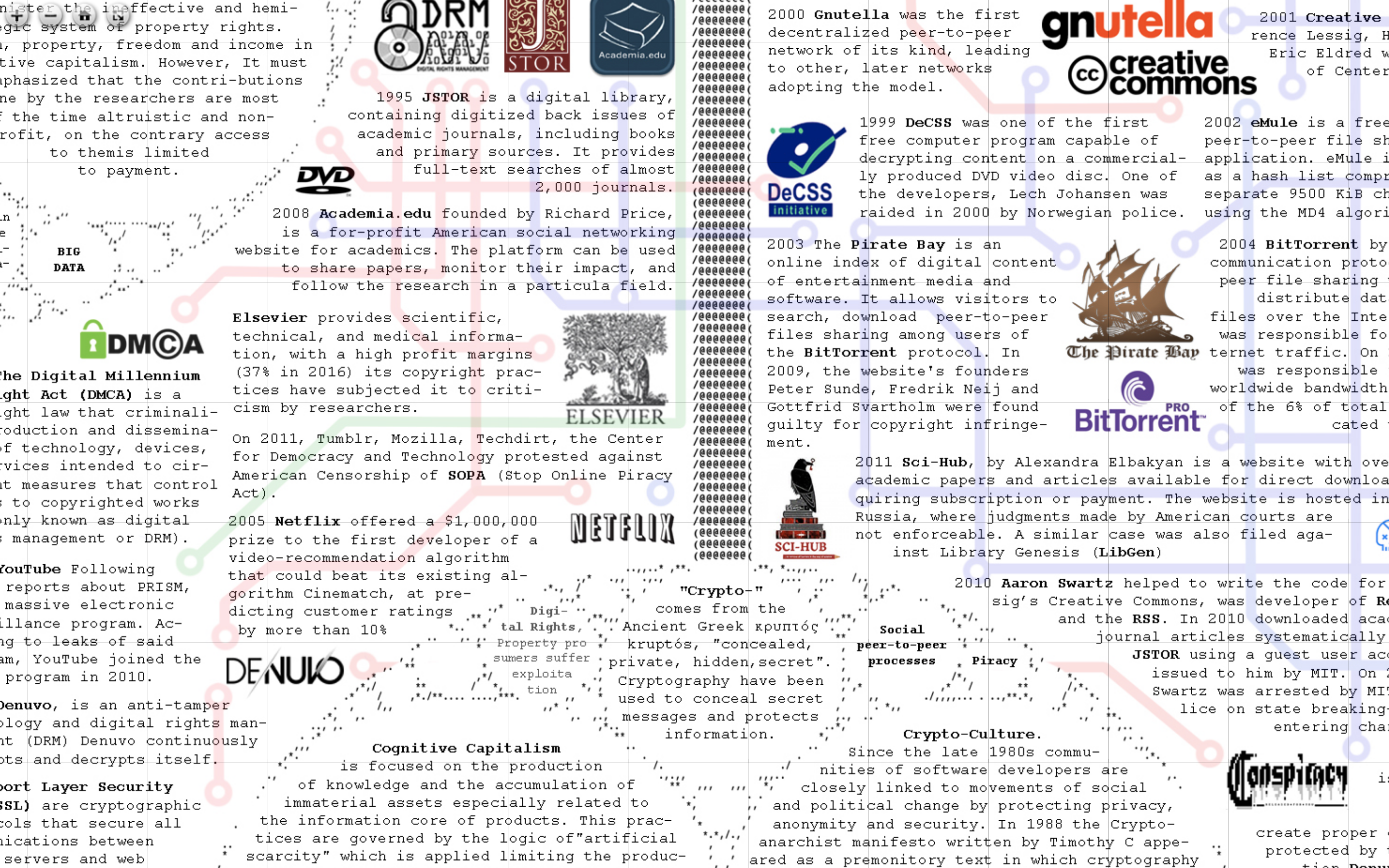 It is possible to lose hours tracing your way through the connections between different cultural lineages and technological innovations as well as critiques and subversions. The main elements of the diagram are the connections between cognitive capitalism, crypto-culture, and blockchain technology. Some of lines take you past cryptoveillance, behavioural algorithms, cryptocolonialsm, P2P culture, and the ecological footprint of mining.

Paul Seidler and Max Hampshire make up Nascent, an artistic project on what they call “exit technology”. Building on the work of Albert O. Hirschman, they explore how technological systems might engage with the notion of exiting, of going outside the company / institution / system. What does work look like on the outside? What is the “minimal viable form” of engagement?

The first project they show is Ishtar Gate, a content platform (made for Statista) featuring its own currency supporting a “”passivity oriented” microeconomy”. Max explains that it is “an attempt to flip the idea of the attention economy in favour of those who are actually going to be engaging with the platform and the projects.” Instead of activity, on this platform, passivity is a value and rewarded. Users gain tokens by interacting (reading, commenting) with content. They can then cash these tokens out to get services from Statista. By making the technical threshold as low as possible (everything runs in-browser for example), the project enables a micro-economy of passivity to emerge. 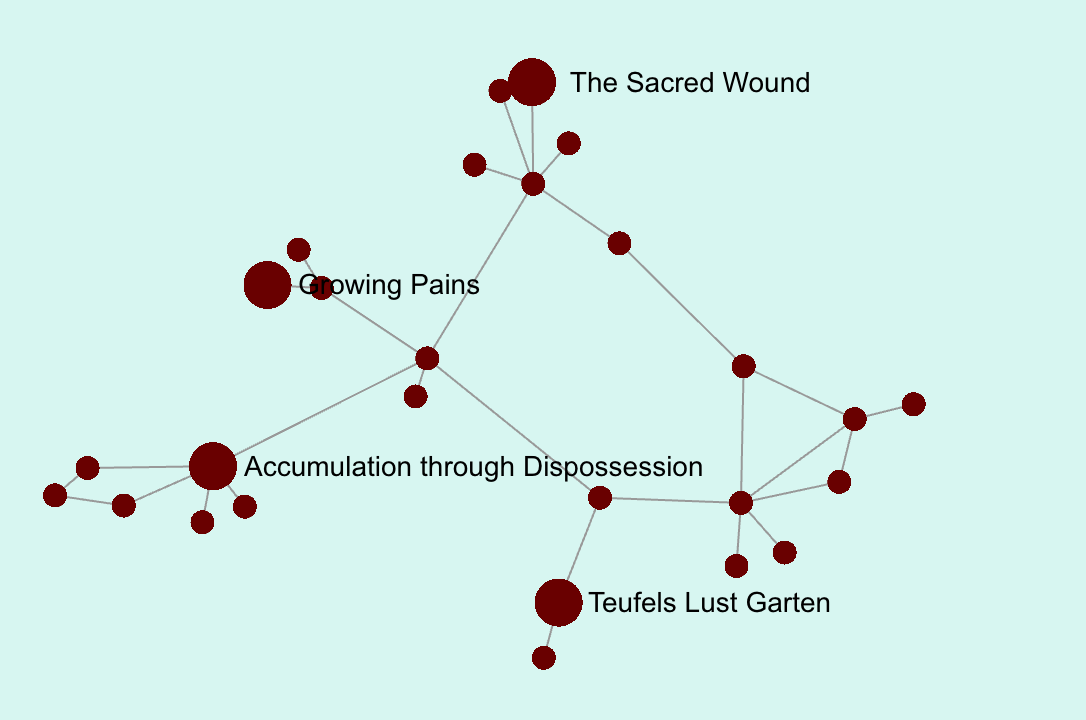 The second project Nascent present is called Sprawl System. It tries to visualize how and when computation happens in systems. It is conceptually influenced by the work of Manuel de Landa on markets and anti-markets. He describes localized mesh markets with transparent trade and the contrasting highly organized and monopolized corporate trade in which only the powerful have knowledge of what is going on. De Landa calls the latter anti-markets and we are seeing these in platform economies nowadays, while p2p systems represent the mesh markets. Building on the Game of Life, Sprawl visualizes these different, interacting market systems. They added random elements that cause what seem like explosions of activity (below on the right), pushing away what was going on before. With this project, instead of focussing on decentralization per se, they explore how alternative economies might actually exist in larger systems. 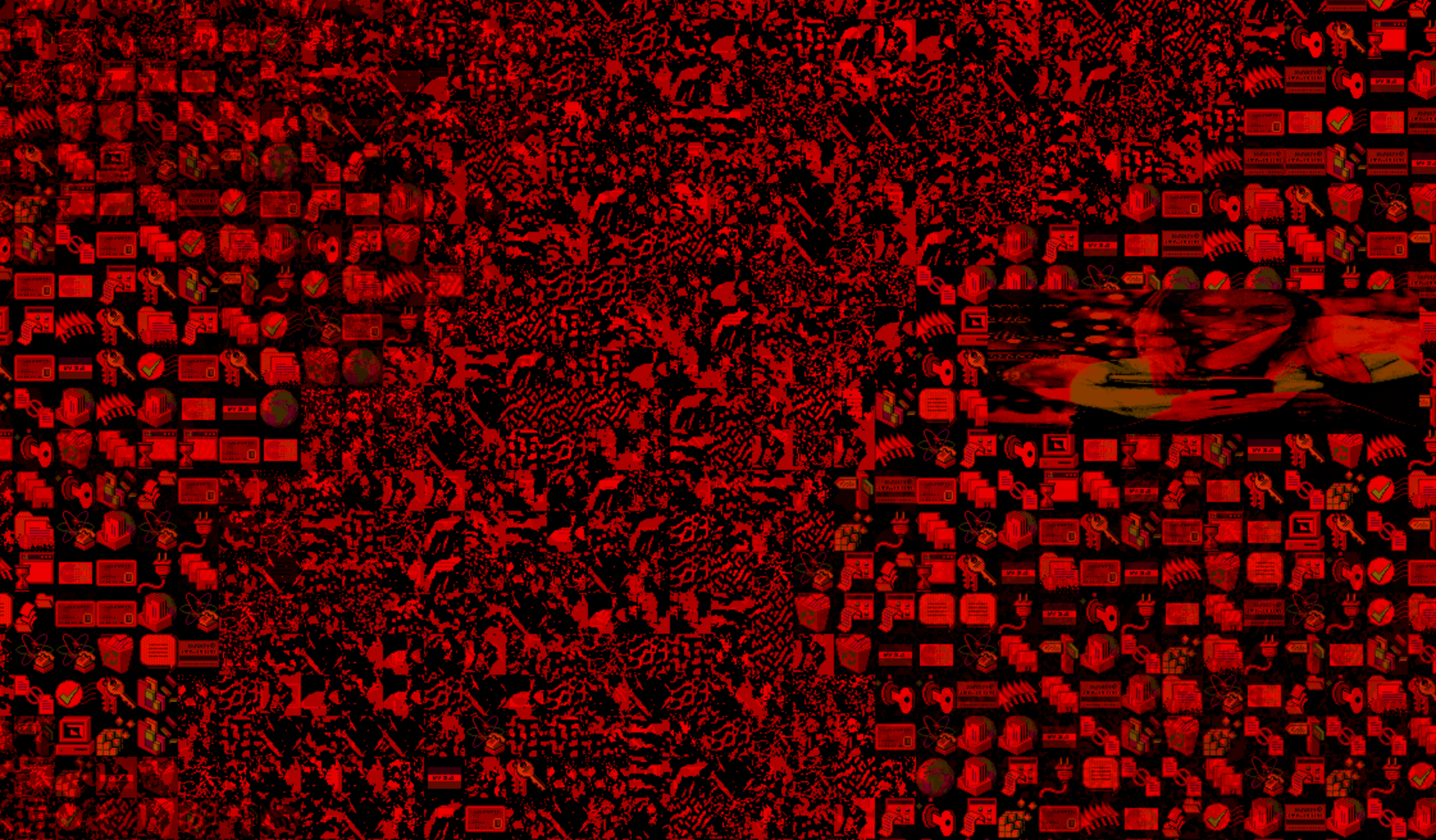 We have all seen the pictures of human inactivity circulating during the various local Corona lockdowns. As people were stuck at home, ideas about alternative societies surfaced: UBI, resilient free and public health care system, shorter work hours, etc. But in the end we are rushing back to normalcy as soon as possible.

A development that was already going on before Corona was the advent of artificial intelligence and the idea that robots will take over our jobs. A future without work is not that difficult to imagine. But: how do we distribute wealth if we don’t work anymore? What will be the post-work market economy?

In the past decade, money has been continuously reinvented through blockchain technology. Artist Sašo Sedlaček asks if blockchain can also be used to monetize human inactivity. His project Oblomo is an exploration of this idea.

It all started with three monks meditating in the Aksioma gallery to mine the first block of Oblomo coins. Right now, everyone can mine the coins themselves by going to the project website and be as still as possible. The system detects movement, and only mines when the user is inactive. In a future feature, users will be able to purchase services and Oblomo products with their coins.

The name Oblomo comes from the novel Oblomov, featuring an incredibly lazy protagonist. Oblomovism is a state of indolent apathy. So, what if, after work has been taken over by robots and we have nothing left to do, this was the center of our economy?

Dmytri explains that in financial theory Bitcoins hold no value: they are not a claim on anything. You cannot use Bitcoins to pay your taxes and it’s not secured by any other thing of value, so in essence, Bitcoins have no value in this theory. Also in Austrian economics, Bitcoin’s value is zero: it is not ‘sound money’ that is, Dmytri explains, “collateralized in something useful” like gold. Interestingly, only the Marxian school of economics can see Bitcoin as something with value, because it has labour embedded in it. This is exactly what Baruch Gottlieb and Dmytri Kleiner (Telekommunisten) explore in their talk.

They present their project called Haket, which is an alternative to the Bitcoin blockchain. Labour is often quite invisible in the cryptocurrency space, while this is still what is at the root of the value of any coin: “proof-of-work = work!” Prices of cryptocurrencies are able to spike because they are decoupled from the labour that goes into it. To calculate the true value of a Bitcoin, you would need to take the labour that went into it into account, Dmytri argues.

Haket is especially designed to actually recouple the labour and the value of the coin. Every block on the Haket blockchain produces the exact number of Haket tokens as computation was needed to verify it. By building this system, Baruch and Dmytri aim to contribute to a better understanding of how the political economy of network computation is reproduced on a daily basis. 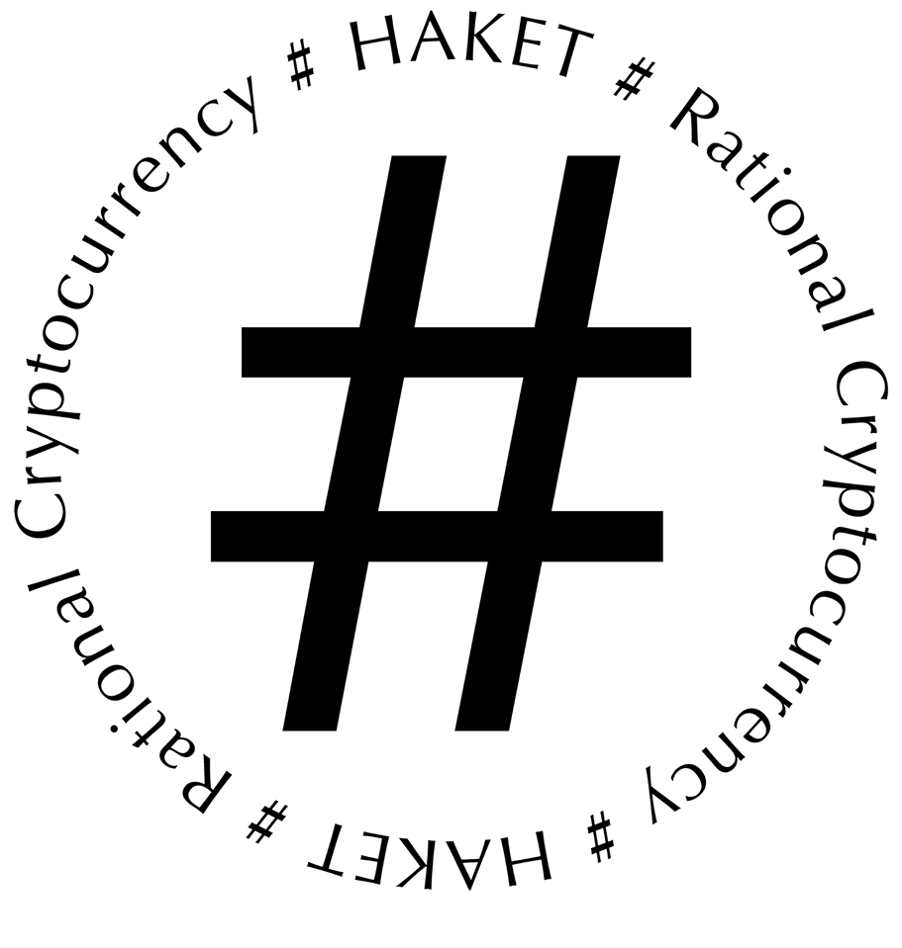