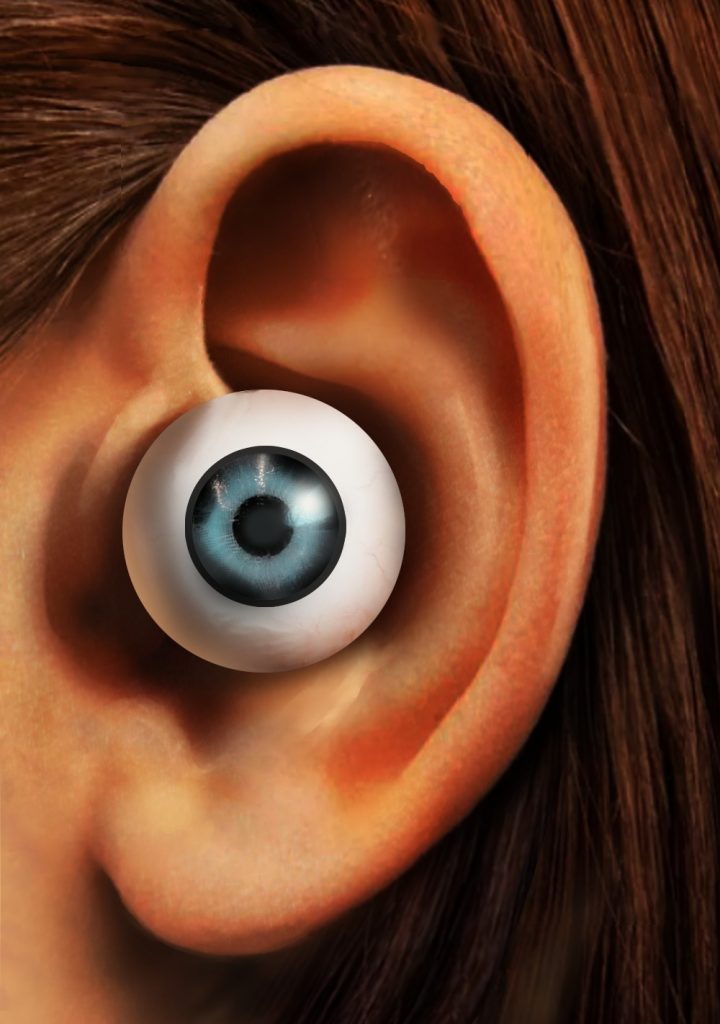 Is this the age of digitized hyper-visibility,
further enhanced by the irrepressible virus?
When in doubt, here you have some scattered reasonings
on the role of the auditory counterpart (anything but marginal).

1. The All-Supporting Organ
As I was talking on the phone while walking down the street, I suddenly realized my ears were somehow the unnoticed gravitational center of such basic outdoor activity: checking the surrounding space while moving into it (via my glasses, suspended on my ears) / virtually protecting myself and the others from contamination (via the compulsory face mask, wrapped around my earlobes) / opting for a relaxed hand-free tele-conversation (via a pair of earphones, planted in my external ear canals). Considering the possibily to add, just for fun, an extra piece for future occurrencies: since I don’t smoke, it’s probably gonna be a pen – but I honestly don’t handwrite that often, so maybe a USB pen can fit?

2. Hard-Coded Subs
Did you notice there’s a growing tendency in adding non-removable subtitles to video snippets circulating on social media feeds (expecially the vertical ones, clearly aimed at smartphone users)? Surprisingly enough, many of these subs are even in the very same language of the video – thus acting as a redundant reinforcement rather than a facilitating translation. I guess the antipodal recipients of this trick should then be people either trapped in some strictly silent environments (a library, a business meeting) or forced to share a strikingly noisy situation (a subway trip, a rock concert). Interesting combo, though – not exactly silent movies, rather silenced ones with screaming bottomlines..

3. Oral Examination
After several months of back-and-forth (as well as hybrid) hypotheses, universities & schools around the globe are desperately trying to cope with the broader consequences of distance learning and/or teaching – expecially when it comes to distant testing. It’s widely accepted that the traditional written exam is not an option anymore, so everything has to be rearranged around the verbalized / vocal performance; but what about the sneaky students? Are they gonna fill their remote screens with the arsenal of cliff notes ‘n’ miniaturized schemes normally hidden in their analog pockets? What about tele-prompter or instigator shortcuts? Are they trustworthy at all? Well, maybe it’s an opportunity to start listening to (or encouraging them to rediscover) their real voice, beyond bare memorization and mass edu-quantization!

4. We Can’t Hear You
One of the most recurring (unvoluntary) sketches in these video-conferred days is that hilarious moment when somebody starts to talk but fatally forgets to “open the mike” or “unmute him/herself”. After a good handful of dismayed seconds (with the poor soul already pontificating and gesticulating like a fish in a bowl), some other participant – or several overlapping ones – is usually notifying the [self]mute[d] about the tech-slip; so, contrary to the primary blunder (that keeps on taking its toll) the reaction is already becoming second nature (sort of istinctive response). However, next time around pay attention to the feedback speed, tone, phrasing and mood: more or less inevitably / unconsciously / imperceptibly, it greatly varies according to different set-ups and power relations among the talking torsos involved.

5. The Volumes Count
It’s never less than three, sometimes more. One is the all-encompassing device volume, an umbrella plus/minus indicator supposed to most likely oversee [!] anything else (and that’s probably why you’re still able to operate it by pushing one of the few physical buttons surviving on haptic appliances). Then you have the impalpable control knobs of your preferences’ panel, typically expanding your range of choice (different volumes for different functionalities) or refining the sonic grip beyond mere ㏈ adjustments (equalization, panning, etc). Then your favourite apps/programs, with dedicated levers (i.e. Spotify) or embedded ones (a YouTube clip within your browser or choice). Then, in case, your end-of-the-line mixer + speakers or volume-adjusting-panel-equipped headphones. Question is: while turning up or down the wavy output, do you prefer sticking to one bar or indulging in the mix?

6. Unnecessary Soundtracks
As a musician, I’ve always had big problems with triumphant or melodramatic movies – where the accompanying orchestral music is generally too loud, too tearful or both. It could also be a properly-written score, acrobatic and exuberant (a positive distraction, so to speak); in the majority of cases, by the way, it simply feels awkwardly intrusive (violins in outer space?) or emotionally despotic (should I feel sorry now?). The opposite happens in today’s predominant video production – namely the complementary vlogorama & zoomverse: tons of words, no music at all. So, here’s my counterbalancing turn: since I’m often a mute[d] spectator, I started searching for personal soundtracks to [silently!] add in the background; sometimes I even play or improvise on top of that audio sandwich. Actually, I already organized a couple of videohappenings like that. Ok, I’m probably gonna be exploring this topic in one of the following blogposts.. 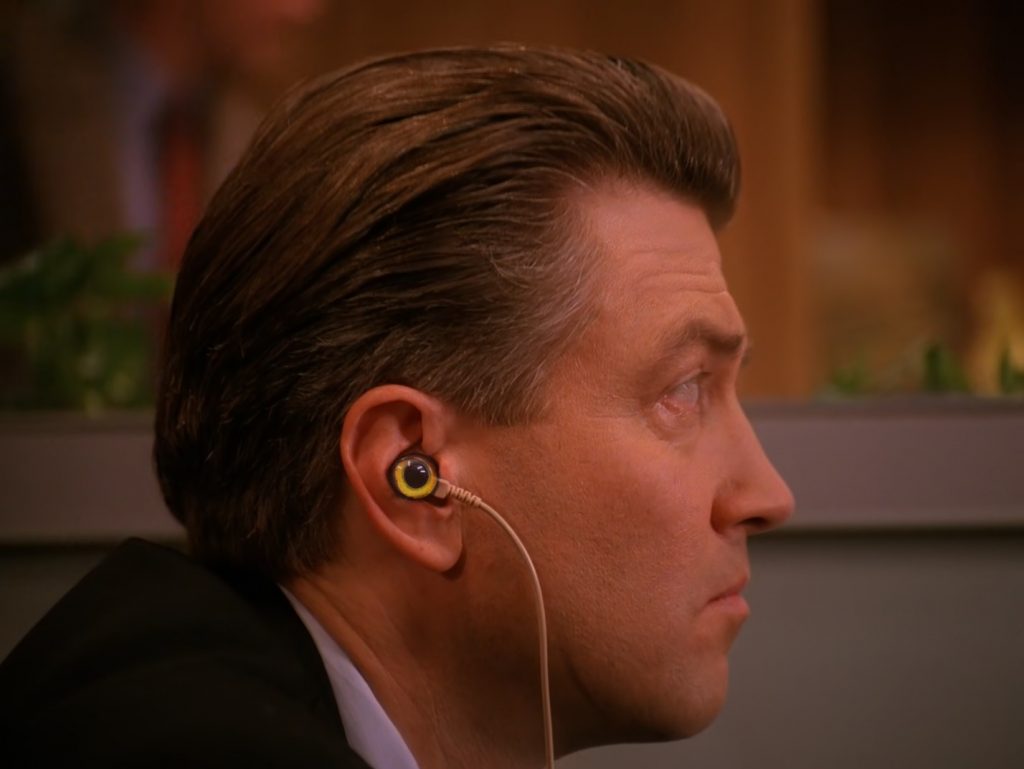 did you ever consider the possibility
of some wicked, karstic connection between
prisoners’ (or animals’) ”cropping”, Van Gogh’s self-mutilation,
Blue Velvet’s triggering intro and Reservoir Dogs’ torture sequence? me too