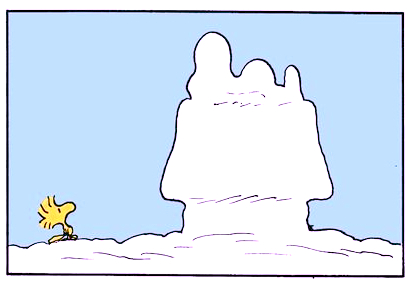 It’s night,
at least outside.

Pixels are flowing down,
like a sharade of electrified snowflakes:

– and yet,
so beautiful to observe
while digressing on all creatures’ ephemerality.

The sky is out of tune,
its dark palette speckled by rhizomatic lightnings.

There’s a storm in my TV
– or is it a computer monitor infested by white noise?

Whatever the case,
those buzzing lines have a juicy tactility;
sooner or later, I feel I’m gonna dive headfirst into their embrace.

William Gibson notoriously opened his foundational cyberpunk novel “Neuromancer” with the line: “The sky above the port was the color of television, tuned to a dead channel”. While the story was set in some unspecified gloomy future, the actual book came out in a very crucial, watershed year: the infamous 1984. By that time, both TV sets and computer monitors were based on CRT technology (cathode-ray tubes), meaning a dead channel and/or accidental weak signal would have probably resulted into some foggy, snowy or fuzzy noise – generically gra[in]y and commonly referred to as “static” (some quite tricky many-sided definition, as we will see*).

By adopting a romanticizing retrospective projection, we could easily imagine young Willie envisioning his prophetical virtual-web-fueled technoir scenario while sitting in front of a rudimental terminal of some sort (thus assembling words & thoughs on a low-res display + recursively fantasizing on the very double-edge intricacies of such revolutionary compositional act) – but reality is: not only he wrote “Neuromancer” on an old manual typewriter, but he had never used a computer before; actually, he got the original inspiration for a bodily hallucinatory immersion within data-space after casually noticing some kids inside a Vancouver arcade totally absorbed (sucked?) into coin-up videogames.

On top of that, the color he was thinking about and/or alluding to – while carving the cited [post-]baudelarian opening sentence around that proverbially equivocal year – was/is not necessarily the same for every reader, everywhere, at any moment in any private and/or historical age (especially considering the galloping and scattered screen-based IT trajectories that characterized precisely the last quarter of the XX century..).

– a writer in the early ’80s designing a fictional prototype of a (dystopian?) future we now consider partly outdated and partly almost reached

– some fictional character living in that very future, perceiving polluted nature via televisual schemata (or is it just a description provided by the external author-narrator via contaminated jargon? and if so, in which timeline?)

– a reader in the early ’80s wrapping his/her head around some next millenium sci-fi sketches, ironically at the very same time the monolithic telly in the living room is being colonized (or infected?) by the emergent domestic ecosystem of video-cassette recorders, game consoles and personal computers

– a reader in the ’90s, the noughties, the ’10s or (for what is worth) in 2022, trying to tune into some approximately closer speculative literary panorama, constantly re-adjusting the establishing shot atmosphere according to his/her surrounding devices, along with their associated mulfunctioning

So, what about the “sky above the port” in the end(less legacy)?

It took at least a decade for me to realize that many of my readers, even in 1984, could never have experienced “Neuromancer” opening line as I’d intended them to. I’d actually composed that first image with the black-and-white video-static of my childhood in mind, sodium-silvery and almost painful – a whopping anachronism, right at the very start of my career in the imaginary future. But an invisible one, interestingly; one that reveals a peculiar grace enjoyed by all imaginary futures as they make their way up the timeline and into the real future, where we all must go. The reader never stopped to think that I might have been thinking, however unconsciously, of the texture and color of a signal-free channel on a wooden-cabinet Motorola with fabric-covered speakers. Readers compensated for me, shouldering an additional share of the imaginative burden, and allowed whatever they assumed was the color of static to take on the melancholy of the phrase “dead channel”.

yes, it’s a traditional advent calendar, but shouldn’t necessarily be cheasy, religious, predictable or do-gooding; on the contrary, I’ll try to employ it as a not-binge-readable / strip-tease-like / surprise-based argumentation platform (with a fair amount of improvisation) – so [teddy]bear with me, if you dare!