Jamie King’s presented “Peer.do – a laboratory for co-funded action” that aims to support movements of all shapes and size, for “Kickstarter can’t fund a protest”. 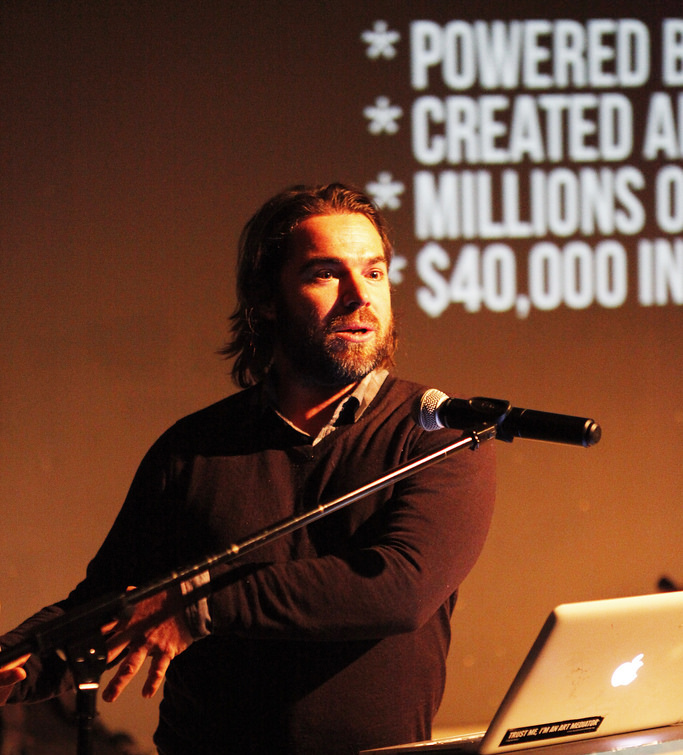 King is better known as a filmmaker who created and released the film “Steal This Film” on BitTorrent in 2007 with the League of Noble Peers. The film interviewed members of the Pirate Bay and further opened up discussions on the influence of P2P networks.

Since then, King has built up momentum to showcase the power of P2P infrastructure with Peer.do, which aims to bring forth P2P actions that can greatly impact the world online and offline. Peer.do is an engagement and action platform that funds “deeds”, such as projects on investigative journalism, and also allows supporters, or “do-ers”, to anonymously fund deeds. Many deeds can gain more power and support if the do-ers can avoid possible consequences of publicly funding deeds, such as supporting Edward Snowden’s return to the U.S.; as King points out, “anonymity powers different action”.

With Peer.do, do-ers can create a deed with a message, image, and URL that presents their cause, along with three modes of measurement: “earnings”, “credibility”, and “longevity”. King envisions three dynamics of Peer.do’s P2P system: one to many (like the Kickstarter), some to some (competition amongst do-ers for a fund created by other do-ers), and some to many (competition amongst do-ers for a fund from different parties). Peer.do is set to launch in May 2014. The influence of Peer.do in bringing changes with P2P funded deeds await do-ers’ participation, whether anonymous or not.