The self-described ‘reformed tech geek’ Gawain Lynch built on his experience in information security and asset protection in order to discuss some of the issues currently surrounding the growing field of mobile money. He discussed security as one such major issue. 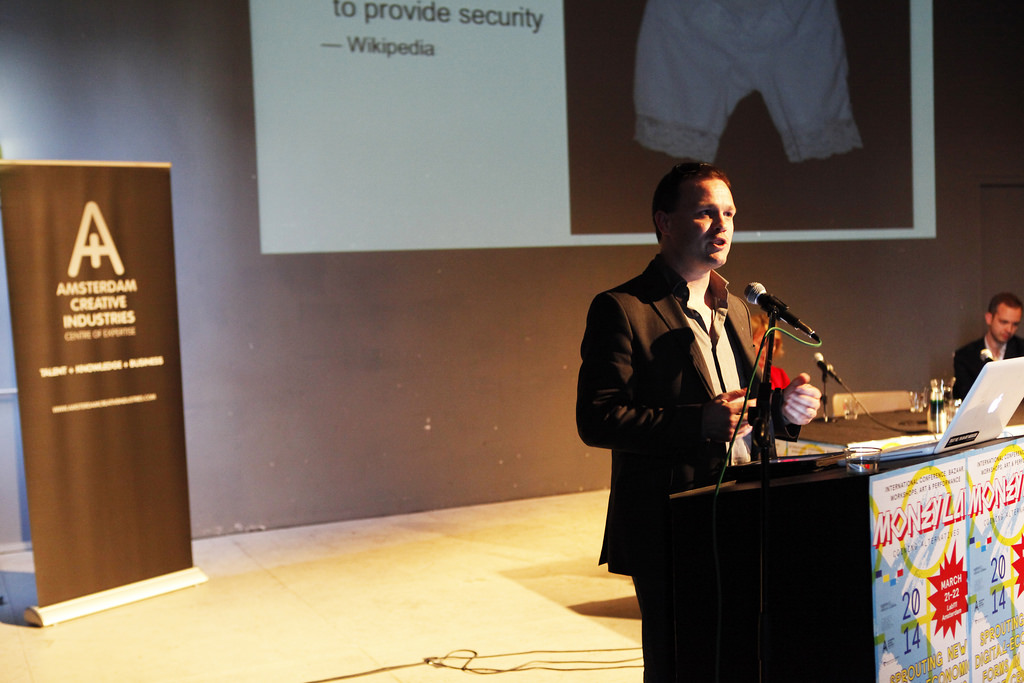 Lynch began by describing how obscurity is commonly used to provide security for cash transactions throughout the world. He used the example of Haitian women merchants who hide large amounts of money in undergarments or other concealed locations, yet also keep a small amount easily visible in the event they are robbed on their way back from the market. This is not too different from people generally keeping their wallets safe and close by at all times. Similarly to this, people expect high security when it comes to their virtual money.

It is this symbiosis between the human and technological way of offering financial security that has lead Lynch to take an anthropological approach to studying how mobile money influences the social systems in which they are deployed.

Through this approach, Lynch began to investigate how mobile money was both a problem seeking a solution and a solution seeking a problem. He brought up the example of remittances. Haitian people often leave their small villages and migrate to larger cities to secure work there. How do they manage to send a part of the money they earn back to their families, when only 10% of them are registered bank users and banking agencies are sparsely located? Before developments like mobile money, typically money was sent back via a trusted third party (always a human agent), such as fishermen who would carry money from one part of Haiti to another. This leads to problems such as theft or long delays in the transfer. This form of remittance transfer also carries its own costs, often adding hundreds of dollars to the overall price. Mobile money is a solution to this problem in that it provides rapid movement of funds in a generally secure electronic method. Similarly, mobile money quickly cut out the often rampant corruption in money transfers, where previously ranking officers and bank officials took a cut of the payment.

On the flip side of this, mobile money also generates its own problems. Similar to the security issues surrounding more mainstream forms of e-payment, including hacking and infrastructure issues, mobile money also has its inherent risks. Beyond the technological risks, there are also social implications, which Lynch discovered through his anthropological approach to studying these technologies. For example, dependency on telecommunications companies and other forms of what some see as ‘neo-colonial control.’ The take-away is that the overall benefit of this technology outweighs the risks associated with the status quo.