“What does it mean to be philantropic by the click of a button?” Reversal of Fortune is the name of American artist Stephanie Rothenberg’s series of art-installations, which she presented during the panel on Artistic Interventions in Finance at MoneyLab#2. 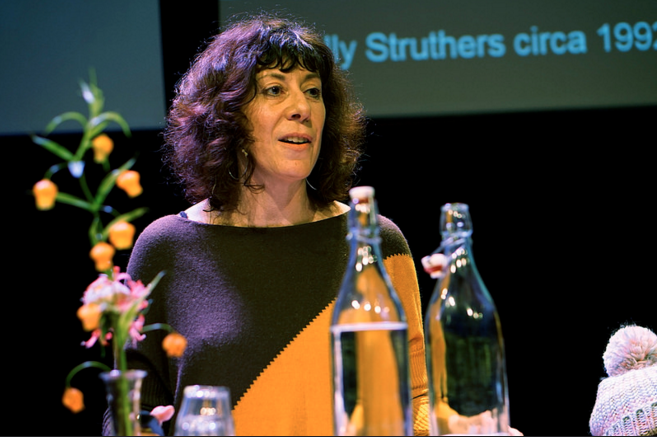 ‘Fortune’ designates both one’s destiny as well as one’s financial capabilities. In her installations, Rothenberg visualizes the traces and the destinations of actions of what is labelled to be a ‘reversal of fortune’. Reversal of Fortune: Garden of Virtual Kinship arranges plants in the formation of the map of the worlds continents. The plants are watered based on the actions that are taken on a micro-credit platform called Kiva. This platform tries to get rid of intermediaries when donating to developing regions, though forming an intermediary by itself. If a donation on kiva is made, Reversal of Fortune: Garden of Virtual Kinship waters the plants that represent the country’s destination of that specific donation on a plant-map. The result appears as a reversal of fortune in itself: the developing countries are watered well, with plants growing out of the pots that represent them, whilst the Global West of developed countries remains completely barren. But mind the symbols: drawing upon many of the donation based program’s symbols and iconography – such as Kiva’s plant – Rothenberg takes this the plant and embeds it into her artwork.

In her talk Stephanie Rothenberg made clear that she sees these platforms as uncanny meeting points of a variety of spheres: the global poor meets the like-culture, meets philanthropy, meets marketization. Philanthropy and consumption on platforms like Kiva are intertwined in a way that they are made indistinguishable. Her mapping of the flows of marketed philanthropy is consequently only ironically a reversal of fortune for the poor. Kiva is a credit platform. The financial intermediaries and credit-givers are often banks which reside in the US, showing that ultimately the flow of money is passing through the developing countries only to go back to developed countries, whilst being polished by evoking the image of watering the Global South.

Rothenberg then advanced to another part of her Reversal of Fortune installations. It is entitled Planthropy, and entails a growing plant which scrapes the internet for philanthropic statements given either in tweets or in the “why I donate” section of market-philanthropic platforms. These statements about the nature of donating literally water the plant. With this project she raises questions about the nature of the transaction itself. It shows that philanthropy as consumption challenges the boundary between altruism and hedonism, making it indistinguishable if the donation was made for the other or for the image of the self.

Reacting to a question in the follow-up discussion, Rothenberg attested that her installations don’t aim to show the beauty of donating but really aim at disrupting the flow of data visualization of these phenomena on the one hand, whilst at the other criticizing the economy responsible of these flows.