Violent demonstrations against a presentation by Milo Yiannopoulos – the “most fabulous supervillain on the internet” – by protestors at Berkeley University several weeks ago led to the (in)famous Breitbart writer’s appearance being cancelled. The ensuing media frenzy also led to the controversial figure garnering far more (and far broader) attention than if his presentation had occurred as planned to an audience of several hundred students.

Attracting attention via notoriety is neither novel nor uncommon, and is evidenced by the ubiquity of the claim that ‘there’s no such thing as bad publicity’. However, when coupled with the contemporary mechanisms of information distribution – primarily Twitter and Facebook – single actions have the potential to become emblematic of an entire discourse overnight. In the case of the violent protest against Yiannopoulos’ appearance, the actions of a few misguided protestors became emblematic of the contradictory stance held by many in the Left. The protestors, adamant not to grant Yiannopoulous’ voice a platform, made sure that his appearance was cancelled. In doing so they employed the same tactic that pundits of the progressive Left so deplore in mainstream politics: they merely bullied their opponent into silence by shouting over him. Whilst it is within their political rights to protest Yiannopoulos’ appearance, it is also necessary for the Left to be called out for what this protest was: an infringement upon his freedom of speech. They refused to listen to Yiannopoulos’ dissenting opinions – no matter how radically different from their own – simply because he was dissenting; since he was not already accepted, he was not allowed to speak.

In light of the incredible volatility of our contemporary info-ecology, it is of prime concern that we attempt to formulate and understand productive, non-reactive methods of digital resistance to increasingly dominant / hegemonic political positions. The example provided above is an illustrative example of the form of reactionary (and ultimately self-defeating) protest methods endemic to today’s Left. Furthermore, the following exploration into new methods of resistance does not follow from a wish to revitalize an idealized version of ‘the Left’, and thus fall into the same trap as the positions critiqued herein. It is an exploration into the forms of resistance that individuals can take: forms of resistance that don’t assume alliance with the ossified, catch-all political labels many adhere to today. These individualistic, novel methods of political resistance may give rise to novel methods of political existence, removed from the traditional ‘Left – Right’ stratification of discourse: dissection of these positions is thus of prime importance in this time of increasing grass-roots political action. Proper understanding of the broader existential positions will emerge from beginning to understand these individualistic methods of resistance as methods of self-expression. It is further of great importance to avoid preemptively naming these methods; labels can be as damaging as they can be useful, and these positions need time to properly gestate. 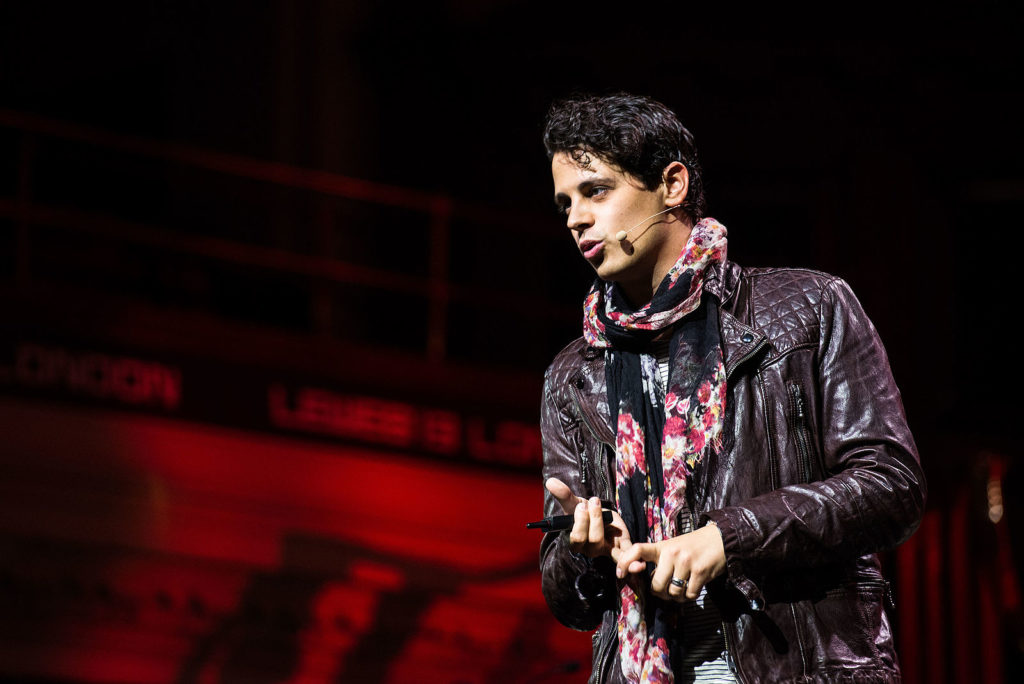 Returning to the point at hand, the first brand of digitally-rooted resistance I wish to dissect is that favored by today’s Left. This approach comes in the form of counter-trolling: in essence, attempting to invert the power relations at play between trolls and those at risk of indiscriminate waves of trolling. Nora Khan, during her recent appearance at Transmediale festival, referred specifically to the work of Sarah Nyberg as a viable method of ‘counter-trolling’. Nyberg’s ‘@arguetron’ bot, simply “post[s] relatively simple statements along the lines of ‘feminism is good’ and watch desperate internet assholes rush to yell at them”. The bot functions both as a form of automated social critique, and a source of amusement in the midst of daily Twitter storms. Nyberg’s is a tactic that is baiting trolls in order to expose their laughably reactionary nature – a low-level form of digital resistance against the political barrage of Right-wing nuggets of opinion now expected to exist on the platform.

However, this kind of action is also essentially preaching to the converted: the only people who would find @arguetron’s actions funny (or socially relevant) are exactly those people who already share Nyberg’s opinion. It does nothing to break out of the algorithmic echo chamber that pundits brought to the public’s attention in the aftermath of the US election. Trolling trolls doesn’t work, simply put. It merely adds to the extensive noise being made on the informational battlefield of today’s non-linear warfare. Indeed, as Nyberg herself points out, “[s]o many arguments, especially on a place like Twitter, are almost content-neutral. You can swap one argument out for another and the context is almost irrelevant”. In effect, troll-trolling just adds to the volume of context-less noise already smothering social media feeds. Granting context-less ridicule a context by responding to it merely creates vast swathes of baseless information that then must be treated – to an extent – as something that is potentially of interest. The danger of trolling trolls – of making them the source of amusement and ridicule – is exactly the same reason that people vilified Out magazine for writing a profile on Yiannopoulos. It is an activity that ultimately adds to the normalization of these positions, making an already-numbed public even less reactive in the long run.

The other brand of Leftist resistance, aside from the ‘troll-troller’, is exemplified by the more academically-rooted tactics espoused by the ‘#AltWoke’ manifesto). They outline a position characterized by “[m]emetic counter-insurrection”, “[r]eappropriation of globalism as a personal lifestyle” and the aforementioned ‘troll-trolling’ (“[d]ox the doxers[!]” the manifesto demands). Yet in an ironic shadow-dance of the mechanics of neoliberalism, the writers of the manifesto simply formulate the position they critique – that of the failed ‘moderate liberal’ – anew, offering no positive account of how to reformulate a vision of a Leftist future beyond mere reaction. Although not necessarily as guilty as contemporary Leftist parties who lack a basic understanding of the present, evidence of a systemic inability across the board to formulate resistance tactics that aren’t inherently reactionary is a substantial cause for concern.

It is also, perhaps, indicative of the need for a shift from ideologically-rooted resistance tactics, and perhaps even resistance in general, understood in the electrical sense: as opposing a current. Applications such as Public Dissentiment do not resist social media’s ability to create swathes of content, but instead leverage this ability in a way to achieve a particular aim (in this instance, causing a ‘flash crash’ in the stock price of a particular company). The application enables social media users to immediately post large amounts of archived news articles containing a negative sentiment towards the company of their choice, which causes the trading bots used in high frequency trading (HFT) to suspend activities concerning this company. This then leads the target company’s stock to plummet – albeit briefly – in price, forcing (in theory) the targeted company to at least acknowledge the demands of those responsible.

This appropriation of the mechanisms of capital, although perhaps structurally similar to Nygen’s @arguetron, is a productive form of digital resistance for several reasons. Primarily, this tactic – being as it is essentially a hijacking of the mechanisms of HFT – does not attempt to add to the already overwhelming noise of the infosphere, but instead repurposes it as ammunition in order to achieve a specific goal. Whilst Public Dissentiment’s weaponization of social media content could be seen as an instantiation of the form of ‘counter-insurrection’ discussed by the #AltWoke writers, it differs in a nuanced but crucial way. It is a weapon devoid of cultural or ideological baggage and can be directed anywhere – it can be appropriated by any group of people, and used to target any other group that owns public stock. Furthermore, the tactics outlined by the #AltWoke manifesto assume the position of the underdog from the outset due to their solely reactionary nature. Without the trolls to troll, or the evils of globalization to (re)appropriate, they have no tactics for future-building; no such assumption regarding the power-relations existing between those using Public Dissentiment, and those targeted by it, exists. 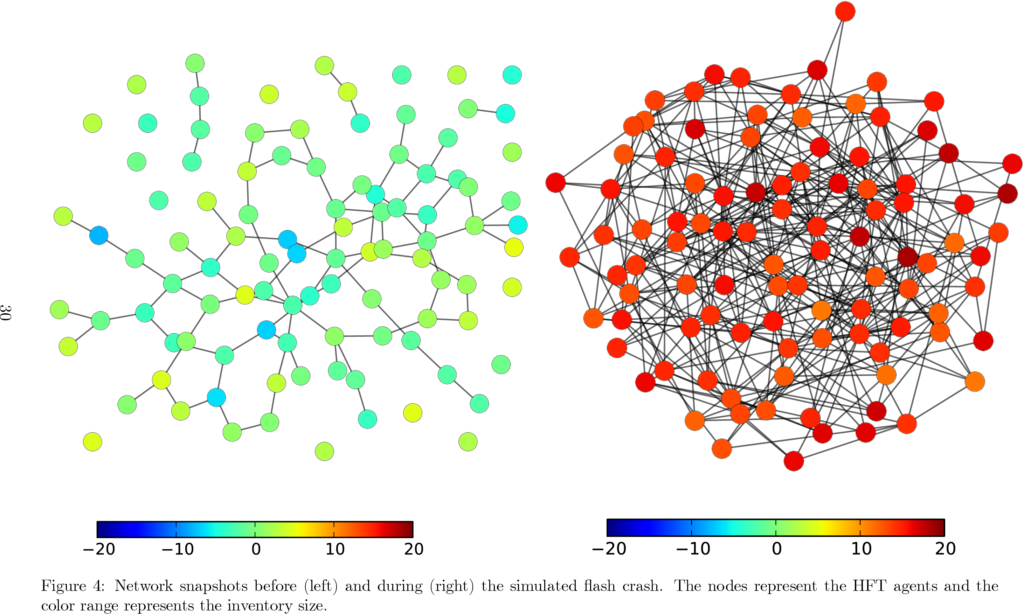 A second – and more interesting – way in which Public Dissentiment differs from current, failing Leftist resistance methods is that it neither relies on an already existing vision of the future, nor a pre-agreed model of the present. It is a resistance tactic that relies not on ideological cohesion, but simple pragmatism: if enough individuals dislike a company and wish to cause its stock to crash, this is enough. Extrapolating outwards, perhaps the appeal of tactics such as this stems from their acknowledgment of the ultimately atomized nature of the individuals engaging with them. Public Dissentiment operates outside of the traditional politics and inherently pre-agreed group dynamics of ‘cohesion’ that the Left have not let go of, no matter how hollow they ring in this time of atomized, precarious individuals. Indeed, prima facie this form of resistance seems to dovetail seamlessly with – and stand as an instantiation of the potential for – the productive form of alienation outlined by Patricia Reed (most recently in her presentation at Transmediale festival). However, since analysis of this potential relation would divert from the discussion at hand, it must be saved for another time and place.

Thus Public Dissentiment’s weaponization, and subsequent inversion, of the methods of financial control via weaponizing the infosphere against itself appears as a welcome contrast to many of the other ‘resistance’ tactics discussed in contemporary discourse, and undertaken in the political sphere. As a means of resistance against dominant positions, Public Dissentiment both avoids problematic – and ultimately outdated – ideological baggage, whilst simultaneously creating real, affective change. In a world of monetized information, it offers a way to at least make financial data-scraping into a double-edged sword, and repurpose some of the noisy swathes of the internet’s archives for novel political ends.