A collection of tender exotics: interview with Lisa Campbell-Smith

This particular theme stems far from the realm of computer culture and more into dissonant theories and practice in arts, highlighting rare forms of synthesis in diverse incarcerated contexts and systems (domesticity, the hot house, the white cube of the gallery, and the prison). Artistic concepts, dramatic subjects and characters are scientifically analyzed, figures transformed by the technical manipulation of the image; scientific imagery is approached artistically. It features an interview with Lisa Campbell-Smith of ‘Tender Exotics’ a new exhibition showing 02-May-2015 – 31-May-2015 at Contemporary Art Tasmania (CAT) – the work is an outcome of her CAT Curatorial Mentorship period 2014-5

Nik Kamvissis visual, sound and vocal artist and a recognised force behind the Australian noise and punk scene;

Renowned artist Margaret Stones is an Australian botanical illustrator. Stones worked as principal contributing artist to ‘Curtis’s Botanical Magazine’ from 1950 to 1951. Her prolific watercolor drawings are at the forefront of botanical publications through out the 20th century; 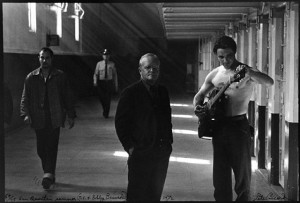 NM-F: To begin, can you speak specifically about the your project or more generally, about why you curate the work you do?

LC-S: The exhibition is a project devoted to past and present conventions of grouping artists and artworks into the container of the exhibition. It explores the residues of behaviors of cultural institutions such as museums within the contemporary art gallery. I was interested in considering the critical engagement with the museum as a contested site of cultural imperialism traversing into contemporary art sites.

Where does art belong?

To explore this on some level I worked with artists coming from very different positions in terms of how they see their practice relating to the art world at large, a collision of forces that veer from natural history to the contemporary. The exhibition does not seek a standardised narrative, which essentially underlines the curatorial standpoint in this case.

NM-F: The premise for your show Tender Exotics “juxtaposes new works from the margins of contemporary art practice alongside those from the realm of natural history”, in what ways are you looking at the emergent effects of theses alliances and misalliances? Or is this an attempt to reconsider and adapt audience views of society, evolution, nature and of course in the very first case (and context) – the philosophy of art?

LC-S: The title for the exhibition is taken from the title of an 18th century publication – ‘A Collection of stoves used for forcing pine plants, fruit trees and tender exotics’. More like a hand-book, it is intended for specialists as well as the amateur gardeners in discovering the techniques of growing plants in hot houses. It served as a rare example of the time, displaying diagrams of the ways of established botanical gardens or these private estates with their own peach houses or other horticultural experiments. There seemed an obvious correlation between the botanical garden and ethnographic collections in museums, institutions that force together objects and circumscribe their significance. I am interested in the idea of liberating works through this very same mode of forced juxtaposition within an institution that may not validate the artists’ work in the beginning.

NM-F: The show has stated an “international selection of works on paper from across two centuries revealing an expansive range of aesthetics and intentions” as it is yet to Première, I am going only from research, but I understand that the constant is the materials used -works on paper- are you consciously testing the different connections and paradoxes in the content rather than blindly following the rhetoric of technocratic innovation?

LC-S: The common medium in the exhibition is drawing, which cannot be ignored. As artists can draw with any number of devises and have been engaging with that notion for some time, I didn’t want to focus on that physical format. Especially considering what illustration as artform means within the context of this show, techniques are presented through both a purposefully chosen medium and also a means of necessity. Such as Margaret Stone’s botanical works or Alan Townsend’s schematics, where they practise traditional scientific/historic models. My initial thoughts on Bobby Beausoleil’s work, which is created in prison, was that he drew from the only materials available – yet he has composed and recorded full albums, and made video animations from this position. Hence a sound work of Beausoleil’s has been included amongst the works on paper, in one way to create a schism in the formulaic reading of the materials and present a shape to the exhibition through other categories. 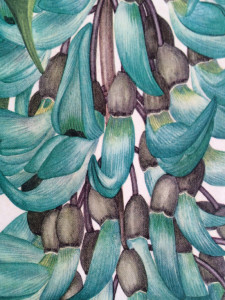 Close-up of Margaret Stones’ botanical drawing of the jade vine.

NM-F: Your premise for ‘Tender Exotics’ states “Botanical drawings, originally serving as pedagogical tools for scientific research, are contrasted with highly imaginative works from underground figures”. Why was it important for you to work with those artists specifically? – is it just their obsessiveness or something more?

Individually, the artists can be apprehended to this view of dedication/obsession. All may be tagged with various labels of anti-art, misaligned with the framework of the academy, unapproved by critic. ‘Functional art’, ‘outsider/insider art’, ‘art brut’, simultaneously none fit these definitions entirely.

I have been thinking about an opportunity to show Kamvissis’ drawings for some time, and also the work of Beausoleil. Both artists visual work offers transgressive perspectives on idealisations of nature and ego, mythic representations. So the project started with them. I was fortunate enough to find Margaret Stones and Alan Townsend’s input. Whose work in their fields is exemplary and experimental in ways I have learnt through the process of developing the exhibition.

NM-F: The content of the show seems to be a witnessing of systems and ecologies which are as complex as society or nature and which we cannot label as human constructions nor as natural facts – can you talk about, that does that resonate?

LC-S: The idea that one can take this expansive concept, attempting to think about historical models and regimes, their relationship to contemporary art and examine it in a small space with 4 artists is problematic in one sense but more a collision of voices brought together to create a network of possibilities. The art world and the exhibition is a complex ecology, here the interrelationship of the works in the show creates a precarious totality via the disparate environments they have been produced or procured – such as museum or prison. The complexity within the temporary space of the exhibition lies in the seams rather than the patching of images or voices.

NM-F: You state that “The re-contextualisation of work by these disparate artists asks the viewer to interrogate their own ideas of authorship and artistic value”. It is often the case that when hierarchy is removed there is instead a play of tensile forces, in the exhibition there are very different characters & lifeworlds in the artists whose works you are presenting – Are you attempting to accept all entities and actors as allies, to highlight the processual and tactical decision making that comes to the fore in the chosen materials for the works in ‘Tender Exotics’? (i.e. in this case the tactical element is how materials of the Botanicals were instead eventually chosen to be documented rather than to be grown, or someone whom is in the prison system has limited access to materials etc.)

LC-S: The players here are brought together as unlikely but undeniable kindred spirits. Together as a whole in the frame of the exhibition, the artists unintentionally pay a kind of homage to the other. This may be amplified by the materials used, but also speaks more about the limitations of collaboration and access for some artists. I hope that this exhibition seeks out different audiences to test this interrogation of artistic value.

NM-F: Can you also explain more about how the ideas of authorship are interrogated for the viewer?

LC-S: This really is specific to the work of Alan Townsend, who has re-created 18th century schematics for the exhibition. I was interested in how new ideas could be articulated using traditional techniques and found or borrowed images.

NM-F: The exhibition Tender Exotics “endeavours to challenge and unsettle the classification of images in a contemporary art institutional context through its unique integration” Would you agree that only thing that remains constant in these processes is the critique of anthropocentrism when interacting over scale or gradation? Or in other words, to appreciate complexity we need to experiment with new normative concepts which will surpass the limitations of anthropocentrism?

LC-S: I think we can see a shift in the anthropocentric opposition of nature and culture through much contemporary art. In some ways this tension lies in the exhibition through the use of theriomorphism in Kamvissis’ half man, half animal abstractions and Beausoleil’s use of animals as the mirror of dark internal forces. Obviously not to the physical extent of Art biotech, however the show does internally explore this preoccupation with non-human alterity. But yes I believe the celebration and appreciation of difference is key to changing the way we view the world. 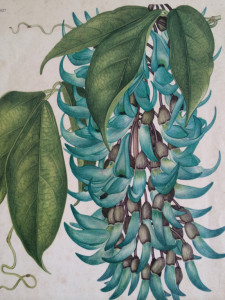 Renaissance: Everything is connected