On May 27, 2021 a two hour ‘hybrid’ VideoVortex event took place in Rome, live from the rooftop of the John Cabot University in Rome and on Zoom. Around 50 people participated. You can read the announcement and the program here. Part of the group gathered in Zoom, another part on YouTube and then some of us were present in the roof garden.

Here you see the Vimeo archive of the live stream:

What do you do not see here is how the event played out on Zoom. Right at the beginning, when Donatella Della Ratta opened the event, Zoom boomers took over the channel, which was funny as the first speech precisely dealt with this topic.

Most of the bombers waited a couple of seconds after entering the Zoom room, an orchestra where an instrument remains for its part. The administrator from Bilkent University Computer Center, which Zoom account we used, appeared on camera for a short moment, staring in the room, and then disappeared. And a thankful Zoom notification came in after the first pic report … crazy minutes in a multilayered event. During the first moments, the rooms appeared to be disconnected. The sound came from Andreas’ iPad running YouTube. The Zoom room was watching itself while the YouTube sphere was busy, Albert’s second camera was off. Participants missed the robot interactions while the bombing appeared, entertaining with multiple entries the zoom sphere, yelling: “Putin!” Screen sharing with YouTube in browser in the zoom sphere added a considerable delay of many seconds.

Here is what’s left of the Zoom bombers:

Albert Figurt, the host of the event, joined from elsewhere in Italy through a robot that he remotely steered from his studio at home. The pictures were taken by Donatella Della Ratta. The screenshots at the very end were taken by Funda Senova in Ankara. Aras Ozgun called in from a small place outside of Izmir, Patrick Lichty joined from his new base in Minnesota and were hosted by Geert Lovink in Amsterdam and Andreas Treske in Izmir. 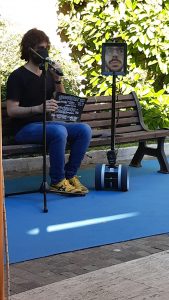 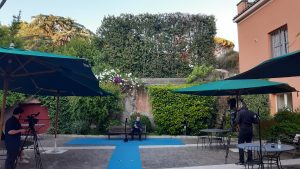 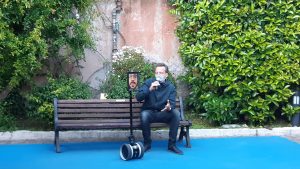 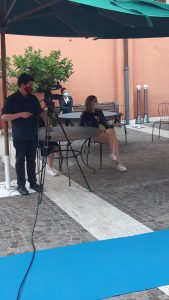 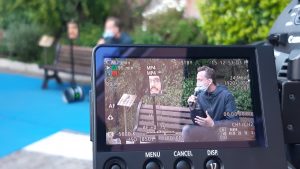 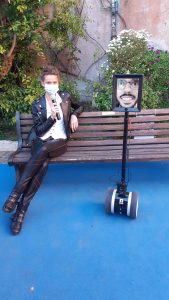 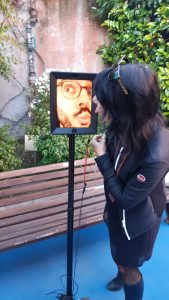 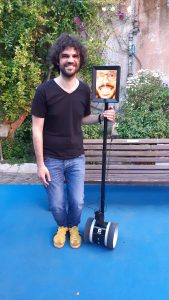 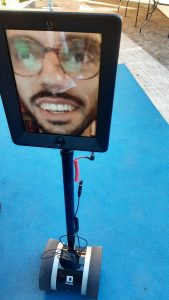 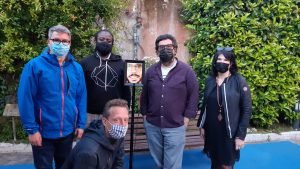 The John Cabot crew in Rome 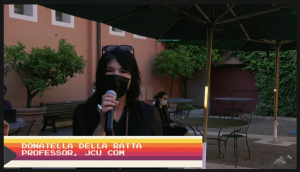 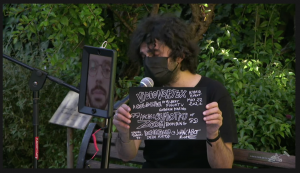 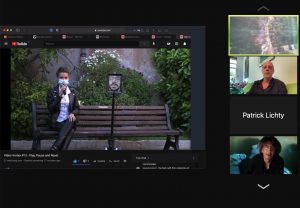 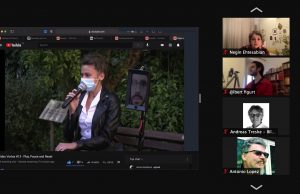 Meme lecture by Natalia Stanusch as seen on Zoom 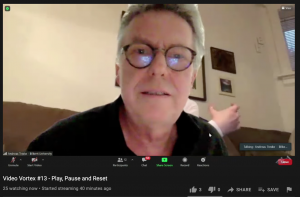 Your host from Izmir: Andreas Treske 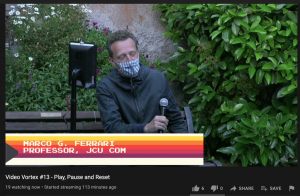 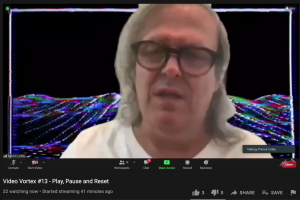 Lecture from Minnesota by Patrick Lichty on live feeds 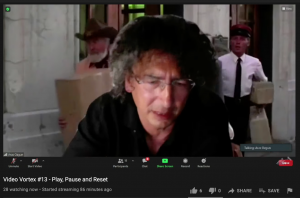 An archivist’s-in-training impressions of life in the times of social networks By Zefi Kavvadia I am (training to be) a (digital) archivist. Coming from a more “traditional” humanities background (literature and language studies), the importance of documenting and preserving was relatively given, even if seldom talked about. My literature and cultural studies seminars all revolved [...]