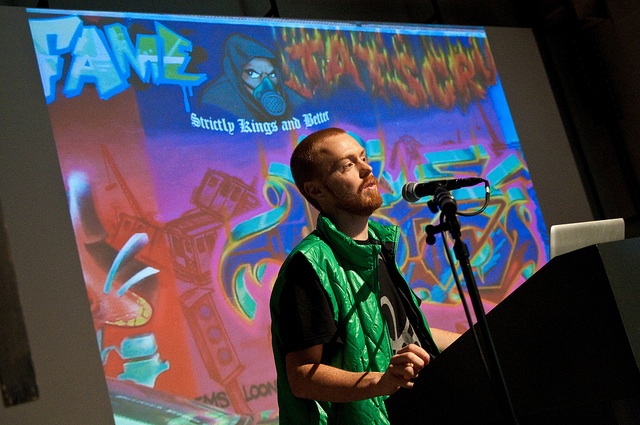 Artist Evan Roth received a degree in architecture from University of Maryland and a MFA from the Communication, Design and Technology school at Parsons The New School for Design. His work focuses on tools of empowerment, open source and popular culture.

Roth describes his own work as a middle zone between open source and pop culture. His work should appeal to people in museums and people in cubicles, wasting company time, at the same time. Unsurprisingly, he considers meme culture to be an art form as well.

Roth has a special interest in graffiti, and is one of the co-founders of the Graffiti Research Lab. A few of his interesting graffiti projects include:

Graffiti Analysis: A software tool that creates visualisations of the unseen gestures involved in the creation of a tag. 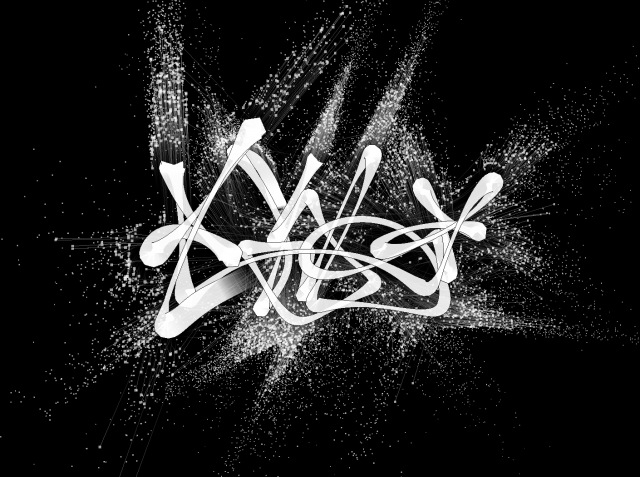 Led Throwies: LED lights, attached to a magnet, that can be thrown onto a metal surface. 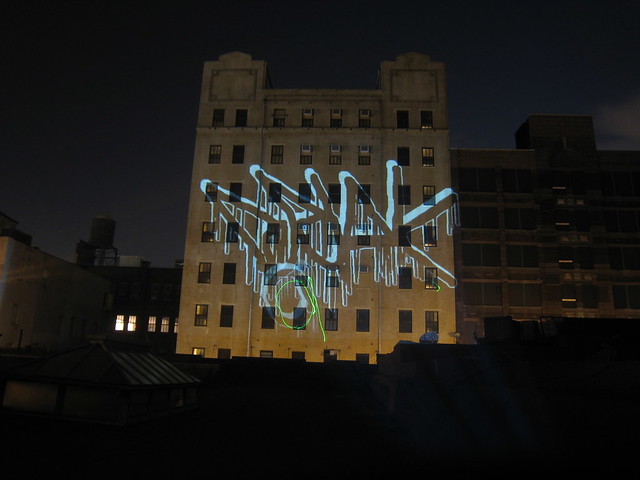 Roth is also part of the Free Art & Technology Lab, an organization dedicated to enriching the public domain through the research and development of creative technologies and media. A few of the projects he discussed included:

The China Channel: A Firefox plugin that filters your browsing in such a way that it replicates the experience a Chinese person would have surfing the Web. 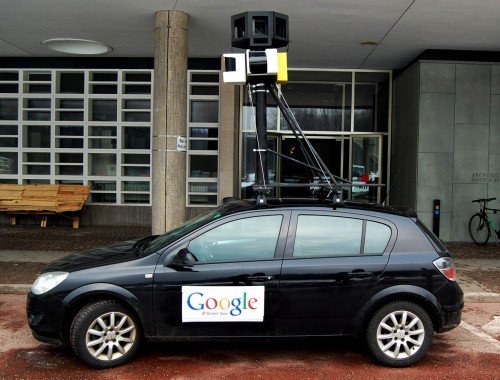 Aside from graffiti, Roth has a significant soft spot for animated Gifs. At Video Vortex, Roth  lead a workshop of 20 people in creating an archive of animated Gifs from the Web, than mashing those up with music to create in-browser music video’s. The result was comparable to this earlier video by Roth:

When asked if he sees a connection between graffiti and gif animations he had to admit he hadn’t really thought about it. An important resemblance between the two, he noted, is that both spring from amateur grassroot cultures.

Maybe there should be more animated Gifs out in the streets.