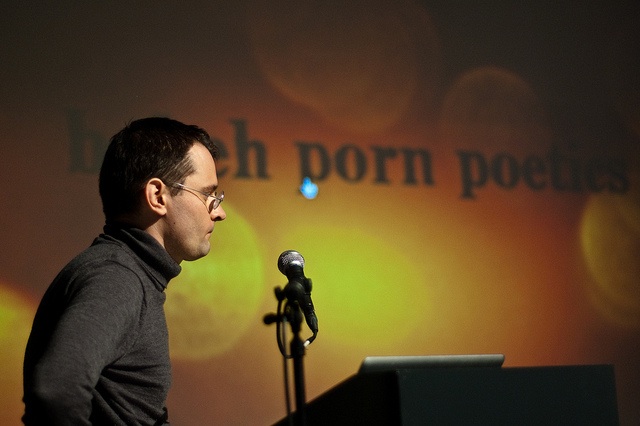 This subculture of Bokeh Porn  has to do with past movements of amateur film making, computer operating systems and, last but not least, the DSLR video revolution. A revolution that enabled the proud owners of the commercial technology of DSLR cameras to participate in the production of more cinematic videos and has chosen Vimeo as the medium that better presents its final projects. The community that has adopted this aesthetical approach is not a pure amateur community but also a filmmaking one; its presence is not only found online (although the online community is enormous and apparent in fora and websites such as dvxuser,slashCAM, eoshd) but also offline, with the recent example of the International Amsterdam DSLR meetup.

Florian Cramer presented the origins of Bokeh: in photography, the Japanese term Bokeh represents the aesthetic quality of the blur or, simply put, the blurry and out-of-focus background of the image; an effect that used to be captured in filmmaking only through professional cameras, as it has certain particular technical requirements (large film size, wide lense etc). This filmmaking aesthetics genre was originally introduced to broader audiences in post-1960 Hollywood film production with the movie “Who’s Afraid of Virginia Woolf”; Bokeh is part of the mainstream visual language ever since.

The proliferation of such technology, that spreaded via DSLR video cameras, made it possible for the average amateur consumer to successfully achieve the Bokeh effect and integrate it in filmmaking /video production. A good, “typical” in the words of Cramer, example of an amateur video implementing this cinematographic technique, pushing the “blur” effect to the point of making Bokeh the central aspect of the whole film, is the online video “Light Benders” by Ben Carino, available on Vimeo. A second example can be also found online: “The Bathroom” (created by user pilpop) clearly illustrates the formula for Bokeh Porn which can be summarized as such: experimental productions applying Bokeh, introducing frames with soft colors, smooth shots and a piece of instrumental music to accompany the creation. Furthermore, in his presentation, Florian Cramer stressed the major role that the camera plays in such productions to the point of becoming the main actor in the film, the pure materialized version of McLuhan’s dictum “the medium is the message”, the Narcissus that is reflected in more contemporary ponds for the sake of the directors’  gratification.