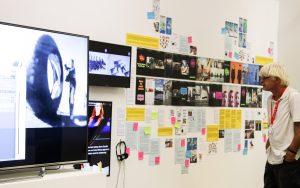 Restating For the Time Being 1 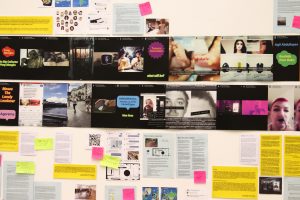 Restating For the Time Being 2

Back when I was a little younger, in my early teens, I remembered how many of us from my generation, myself included, started “owning” or mostly likely borrowing our parents first wildly commercialized digital cameras and eventually found ourselves fantasizing in becoming photographers. Editing images, arranging or creating sets, modifying the colours on a computer, the fun was real, at first. However, slowly (at least in my part), a feeling of guilt started to grow. The inevitable question arrived, am I good? Or is it the camera? During analogue times, it seems that the technicality and scientific precision of the whole process would mostly determine your ability as a photographer, except for a few who embraced the imperfections. The rules were clear, the final image would be the print framed on the wall.

When cameras became digital, I was always confused about what the image was. Was it the original jpeg file saved on my parent’s computer? Was it cheating If I modified the image on a computer? Was photoshop the enemy, or a tool with endless possibilities? As a naive teenager in a system where art teachers grade you depending how much money you spent in materials and how confident you sound, I came to the conclusion that to be a “successful photographer” is one-third privilege, one-third technical skills and one-third good aesthetic flair. Fair? Unfortunately, no, but neither is the art world as we know it. Then, bang, smartphones with excellent cameras arrived at everyone’s fingertips, gamechanger. Printers are now an option and exhibition spaces compete with Instagram, in theory, we would now need less privilege to succeed as a photographer or artist (highlighting the “in theory” part of this sentence a lot).

An influx of images is posted, viewed and archived every second, one must ask, how are art institutions and exhibitions spaces adapting to the evolving fleeting nature of the image? When talking about the digitalization of the art and photography archive, the first thing I picture is scanning all prints and films into a massive database system. Now, I am more concerned about all the images produced digitally, who stores them, the risks it involves and how do we access them, and most importantly, how do we remember them? It now seems as everyone on the internet is nostalgic, nostalgia is being commercialized and even politized. From the whole imagery and sound of “Stranger Things”, the “Rachel Green look” making a comeback and polaroid being “cool” again, thought the storage of the digitized image, we constantly faced and compared to images, tweets and playlist of what we did years ago.

Nostalgia is a filter, it polishes, smoothers and hides uncomfortable details of a memory. We alter the past in order to find sense in the present. Nostalgia creates this “fake” ephemeral bittersweet happiness to compensate for its lack of it in the present. Nostalgia can be experienced internally, internationally and generational. It can be anaesthetics, a political view, or personal reflection. Digital culture feeds into this nostalgia, the more databases, archives, images that are storied = the more nostalgia is potentially created. The culmination of these thoughts is, For the Time Being: an experimental programme of photo-performance, conceived as a response to the everyday presence of social media. The project invites 5 international contemporary artists Agil Abdullayev, Feng Mengbo, Max Grau and Tamara Kametani and artist collective Agorama to reflect on the role of image sharing networks in their personal lives. Through a series of on and offline events and performances, the artists will interrogate the way in which popular apps like Snapchat, WhatsApp and Instagram have affected understandings of intimacy, digital connectedness and notions of personal and collective memory.

The project uses Snapchat, an app devised to share intimate, disappearing images, as a central protagonist. Originally designed with unique features of instantaneity, intimacy and ephemerality, Snapchat quickly rose to cult popularity among a generation of millenials who used it to develop a means of communication that was playful, creative, subversive, and entirely their own. Today, the artists featured in For the Time Being use Snapchat as a medium and a tool through which they reflect on debates within contemporary social media. The programme, therefore, presents an assemblage of ideas reflecting on big issues such as internet identities, fake news and data privacy, to more personal encounters of nostalgia and memory. Alongside a programme of photo performances published on Snapchat by five artists/collaborators featuring Lindsay Lohan and the news of royal baby Archie’s birth, a performative talk narrated through punk filters while referencing the iconic singer “Robyn”, a slightly sassy chatbot called “Moses” who resurges all data in a wooden igloo in central London, For the Time Being also involves this collection of mini-essays and interviews.

Some by our participating artists, some are third party collaborating with background in the digitalisation archive, psychology, curators, academics and artists, all offering us their perspective and experiences through contributing texts that extend the themes of nostalgia, memory and social media. Originally living online, we compiled the texts after For the Time Being was alive again in Malta as part of the Video Vortex #12 exhibition, where its archive was shown again for the first time since its opening. Hope you enjoy them, or perhaps simply use them as a tool for reflection, even if it’s just for the time being.